Oklahoma Republican Gov. Kevin Stitt signed a bill into law on Tuesday that prohibits funding for gender transition services for minors at Oklahoma Children’s Hospital at OU Health, according to a press release from the Oklahoma governor’s office.

“By signing this bill today we are taking the first step to protect children from permanent gender transition surgeries and therapies,” Stitt said in a press release. “It is wildly inappropriate for taxpayer dollars to be used for condoning, promoting or performing these types of controversial procedures on healthy children.” 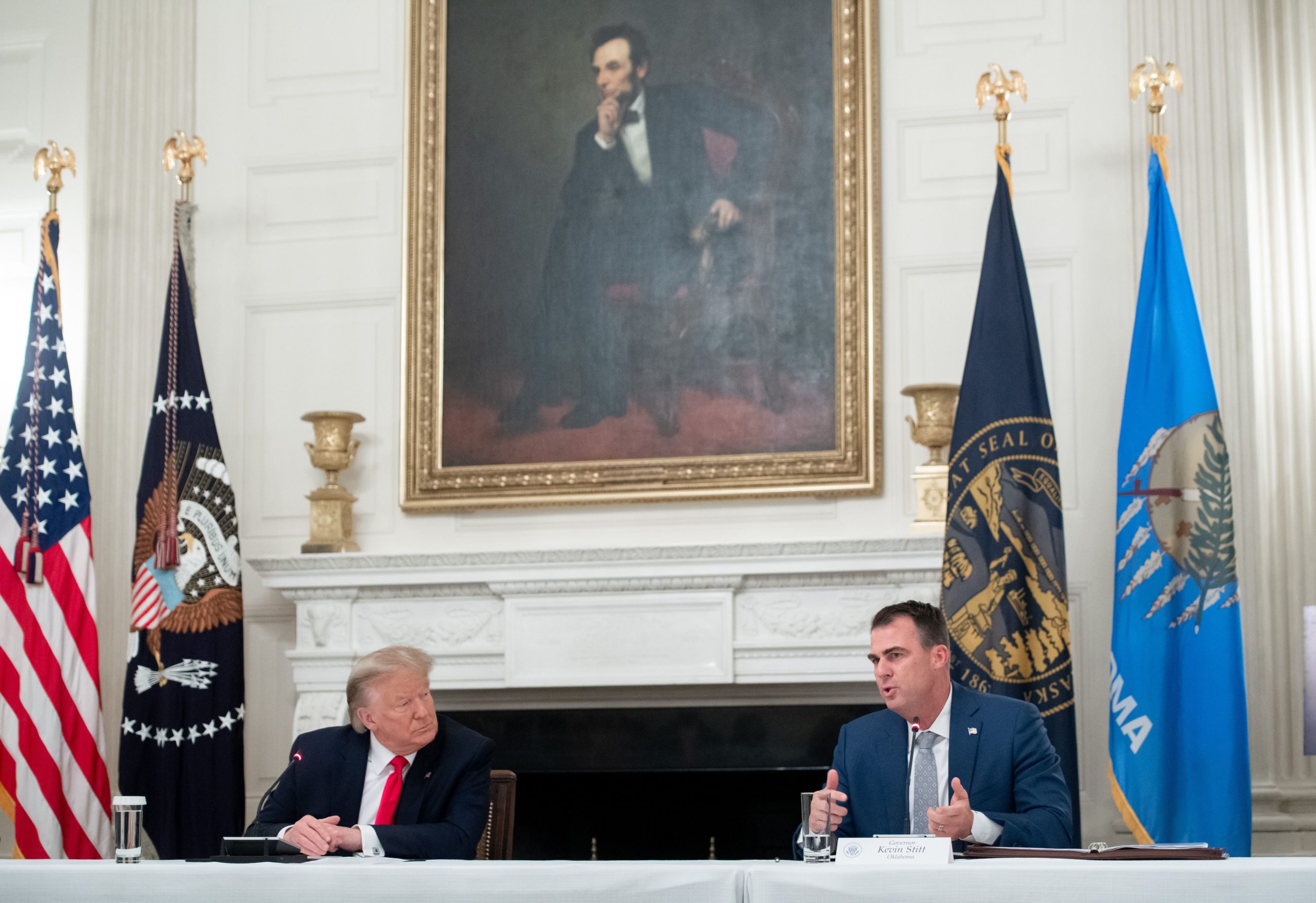 Oklahoma Governor Kevin Stitt speaks alongside US President Donald Trump (L) as he holds a roundtable discussion with Governors about economic reopening of closures due to COVID-19, known as coronavirus, in the State Dining Room of the White House in Washington, DC, June 18, 2020. (Photo by SAUL LOEB/AFP via Getty Images)

Stitt signed a bill in March which prohibits biological men from competing in women’s sports. In April, Stitt signed Senate Bill 1100 into law which bans “non-binary” options on birth certificates, only allowing male and female as options.

“I am calling for the Legislature to ban all irreversible gender transition surgeries and hormone therapies on minors when they convene next session in February 2023,” Stitt said in a press release. “We cannot turn a blind eye to what’s happening all across our nation, and as governor I will not allow life-altering transition surgeries on minor children in the state of Oklahoma.”

Stitt’s office referred the Daily Caller News Foundation to their press release. Oklahoma Children’s Hospital did not immediately respond to the DCNF’s request for comment.