Gonzalez, who is now running in Texas’ 34th Congressional District, could be in danger of losing to Flores, as the Cook Political Report considers the race to be a “toss-up” despite the fact that the district leans Democrat by a wide margin. Under the new districting lines that will apply in the November midterms, President Joe Biden would have won the district by a 15.5% margin in the presidential elections 2020, according to the Texas Tribune. (RELATED: Oil Giant Sells California Office As It Ditches State For Texas)

“He’s abandoning his constituents,” Flores said, according to The Tribune. “He had no idea he was going to have to be running against an incumbent.” 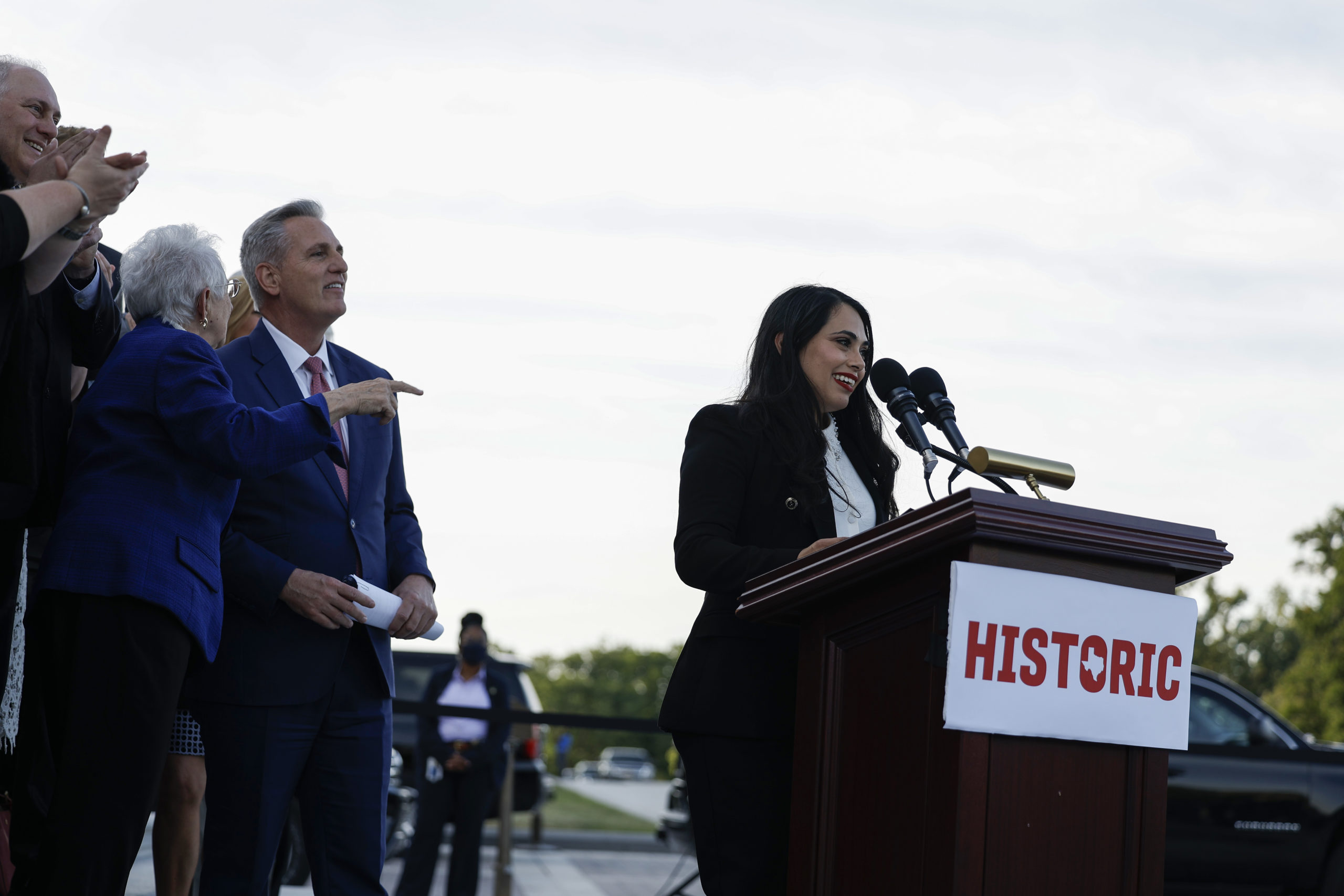 WASHINGTON, DC – JUNE 21: U.S. Rep. Mayra Flores (R-TX) speaks at a news conference after being sworn in at the Capitol Building on June 21, 2022 in Washington, DC. Photo by Anna Moneymaker/Getty Images)

“There’s no way Vicente can lose this race,” former Democratic Rep. Filemon Vela, the congressman who last led the district, told the Tribune. “The world could collapse and he’s still going to win.”

Gonzalez’s campaign paid $1,200 to a political blogger who repeatedly targeted Flores with racial stereotypes and sexually explicit attacks, according to NBC News. However, the representative and the blogger denied that the money went toward the attacks against Flores.

Gonzalez’s office did not immediately respond to the Daily Caller News Foundation’s request for comment.