The European Union (EU) announced Thursday that it will be outlawing the sale of gasoline and diesel-powered vehicles by 2035 even though EU countries are already struggling to fight soaring electricity costs.

EU member states and the European Commission agreed to force all new cars and vans registered in the EU to be electric by 2035, according to an EU press release. Europe is currently embroiled in an energy crisis and is preparing for blackouts as electricity prices remain more than seven times higher than they were in 2020, according to The Wall Street Journal. (RELATED: Only The Weather Can Save Europe From Energy Disaster)

“The agreement sends a strong signal to industry and consumers: Europe is embracing the shift to zero-emission mobility,” Executive Vice-President for the European Green Deal Frans Timmermans said in a statement. “The speed at which this change has happened over the past few years is remarkable.”

The new measure will also require the average emissions of new cars to come down by 55% by 2030, and new vans by 50% by 2030, according to the press release.

EU member-states are planning to place a price cap on natural gas to help households pay winter utility bills and have been debating for over a month on how to implement the measure without spiking demand, according to Reuters. The continent has been experiencing natural gas shortages for months as Russia’s invasion of Ukraine has disrupted supplies. 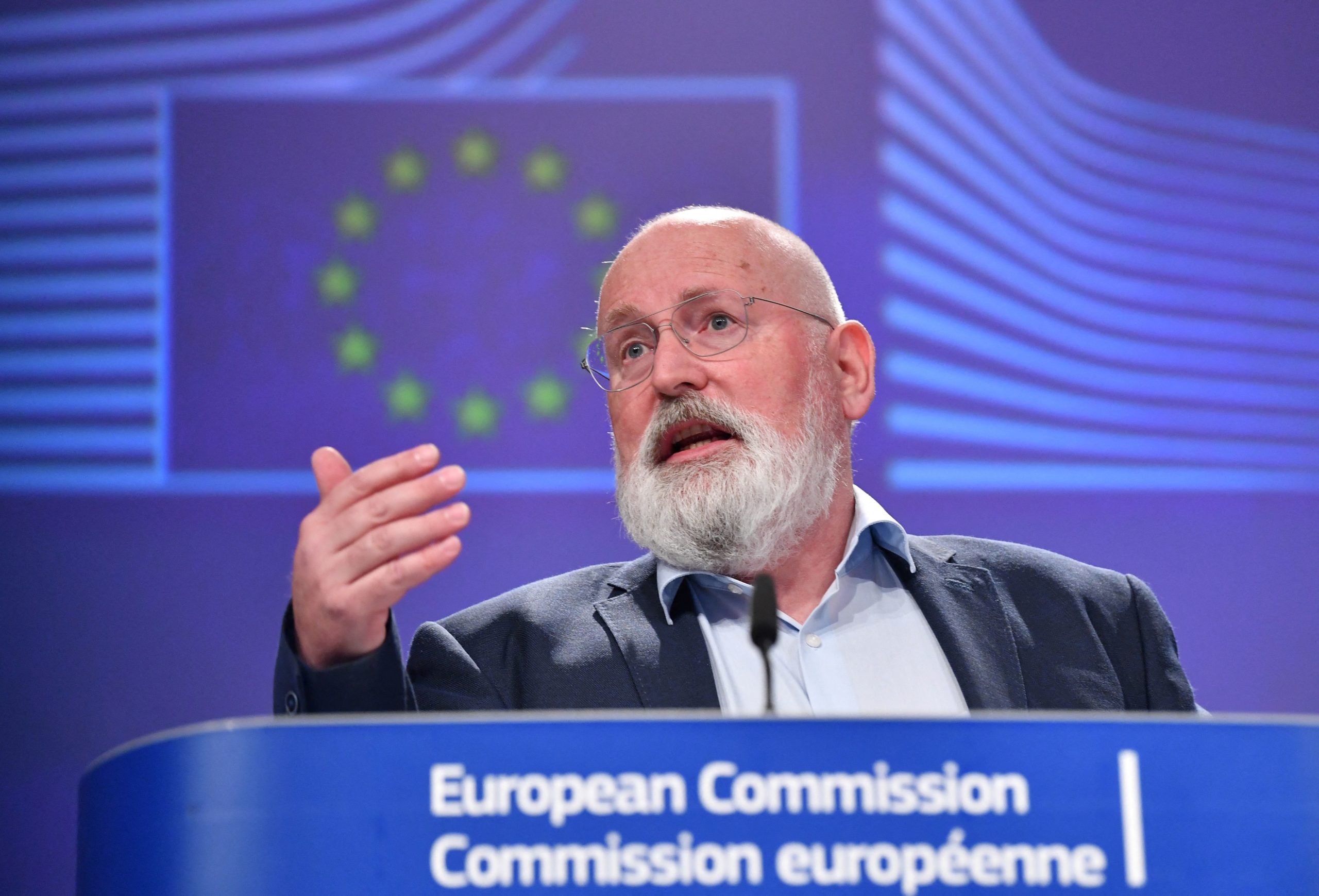 European Commission vice-president in charge of the European green deal Frans Timmermans speaks on the Commission’s proposals on the topic of “REPowerEU, defense investment gaps and the relief reconstruction of Ukraine” at the EU headquarters in Brussels on May 18, 2022. (Photo by JOHN THYS/AFP via Getty Images)

The EU’s decision to mandate EVs comes ahead of the November United Nations Climate Change Conference (COP27) which will be held in Egypt. The union aims to become “climate neutral” by 2050, meaning that it will ramp up efforts to both offset and totally remove carbon emissions from the atmosphere by proliferating green energy technologies and cracking down on fossil fuels, according to the European Commission.

The European Commission did not immediately respond to the Daily Caller News Foundation’s request for comment.