The recent surge in transgender identification is caused in part by peer influence, a growing body of evidence suggests, and some transgender advocates are acknowledging this issue.

Gender dysphoria, a deep sense of discomfort with one’s biological sex which may drive a person to become transgender, used to be observed primarily in males, according to Reuters. That trend has been fully reversed over the past 15 years; among adolescents seeking transgender medical interventions, biological females outnumber biological males by a factor of 2.5 to 7.1. (RELATED: ‘Groomed And Preyed Upon’: Young Woman Was Pressured Into Mastectomy, Testosterone As A Child — Now She Regrets It)

This drastic change in the transgender population was driven by peer influence, some medical professionals argue. Dr. Erica Anderson, a psychologist who works with transgender children, told the Daily Caller News Foundation that peer influence, particularly through social media as a result of teens’ social isolation, is at least partially to blame for soaring rates of gender identity issues among adolescent girls.

“I think the people who are on the far right who say it’s all social influence are wrong. But people on the far left who say there can be no social influence are also wrong,” Anderson, a psychologist who works with transgender children, told the Daily Caller News Foundation. “Adolescents are very susceptible to peer influence, so to suggest there can be no influence on young people is preposterous and flies in the face of everything we know about teenagers.”

A study published in the scientific journal Plos One surveyed 256 parents whose children experienced rapid onset of gender dysphoria. The vast majority (86.7%) of adolescents either started spending more time online or were in a friend group with at least one other transgender person prior to identifying as transgender, according to the study.

The study was meant to explore growing reports from parents of their children suddenly adopting transgender identities after puberty after apparent peer influence. In 36.8% of the friendship groups reported in the study, parent participants said the majority of its members identified as transgender. Parents also reported a decline in their children’s mental health and in parent-child relationships following adoption of transgender identities. 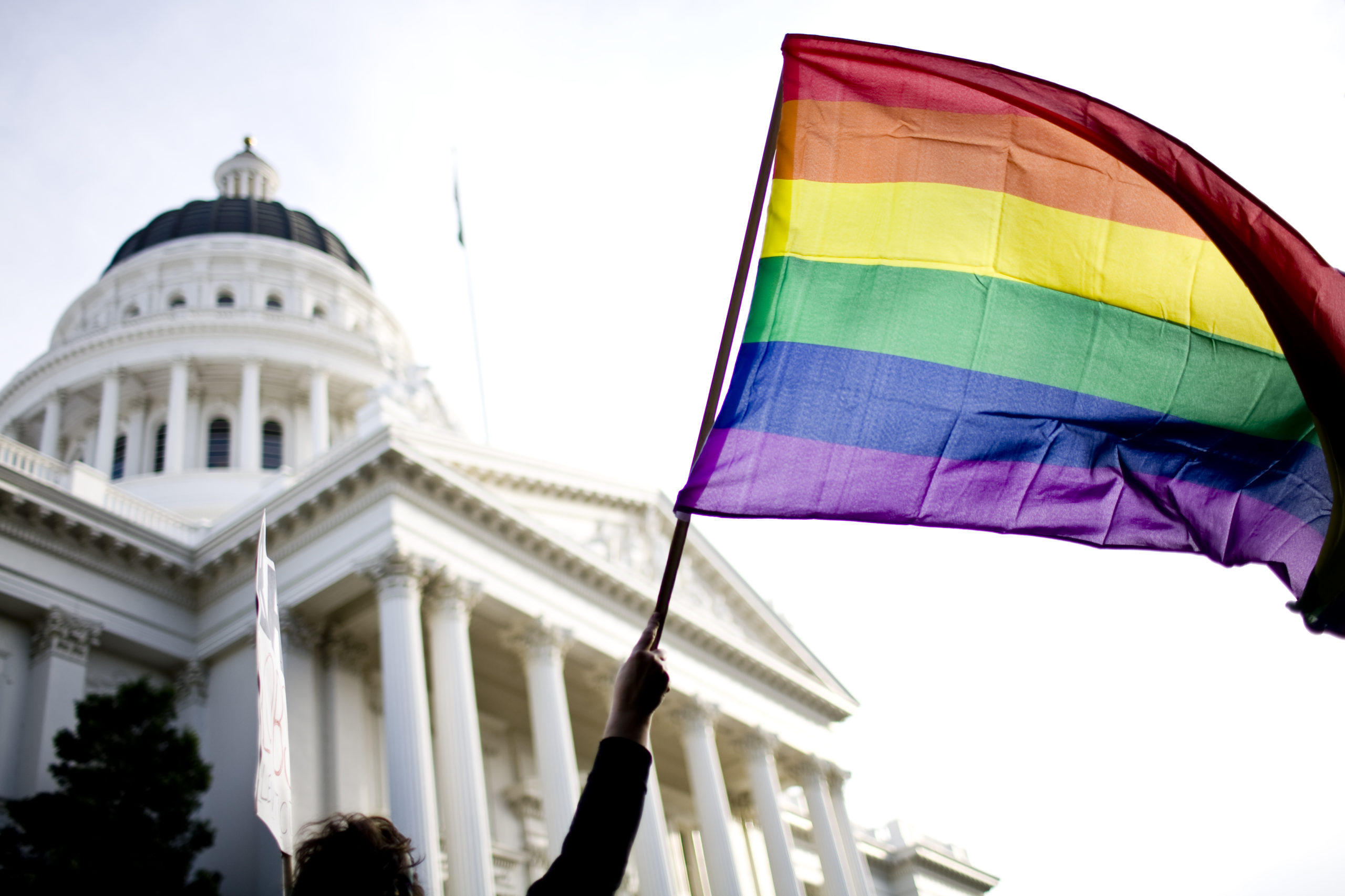 Childhood gender dysphoria diagnoses rose 70% from 2020 to 2021, according to medical records of 330 million Americans analyzed by Komodo Health Inc. From 2017 – 2021, childhood diagnoses more than doubled, according to the same data set.

Anderson, who is transgender, is generally supportive of gender transitions but has voiced criticism of doctors who put minors through medical interventions without thorough psychological screening. Anderson rejects the notion that surging rates of transgender affiliation are driven wholly by social acceptance.

“I do not believe that there was this huge hidden number of transgender people in previous generations,” Anderson said.

The World Professional Association for Transgender Health (WPATH), which supports medical interventions for children who believe they’re transgender, acknowledged the social contagion phenomenon in its newest standards of care. The guidelines acknowledged a sudden surge in “nonbinary” identities as well as a growing number of patients who didn’t experience gender dysphoria in childhood, both signs of possible peer influence.

“For a select subgroup of young people, susceptibility to social influence impacting gender may be an important differential to consider,” the standards of care read. “However, caution must be taken to avoid assuming these phenomena occur prematurely in an individual adolescent.”

WPATH is careful to avoid suggesting doctors should be skeptical of young people’s transgender identities or assume social influence is driving them.

“One of the false narratives is that young people are being lured in and directed somehow against their will to become transgender, which is not at all the case,” Dr. Dan Karasic, professor emeritus of psychiatry at the University of California San Francisco and lead author of the mental health chapter in WPATH’s new Standards of Care, told Reuters.

A growing group of so-called detransitioners — individuals who underwent cross-sex medical procedures but eventually came to regret it — have come out against childhood transitions, and many of them say they were influenced by social media and online communities.

“I would definitely say social media played a role in keeping the process of everything going, as well as some issues with being groomed and preyed upon by people online,” Luka, a 20-year-old detransitioner, recently told the Daily Caller News Foundation.

The youth-dominated platform TikTok is flooded with content promoting medical interventions, including surgeries, as the solution to common adolescent woes such as discomfort with one’s body.

“Rising rates of transgender identification are driven by a combination of factors: the pandemic, social isolation and a huge upswing in consumption of social media. Deplorably, there are medical providers on TikTok telling kids that if they’re unhappy with their body, maybe they’re in the wrong body and should consider transition,” Anderson told the DCNF. “It’s horrible that kids are getting this kind of advice from unvetted strangers on the internet, most of whom have no medical qualifications.”

WPATH did not respond to the Daily Caller News Foundation’s request for comment.