Paul Pelosi, the husband of Democratic House Speaker Nancy Pelosi, made a public appearance at the Kennedy Center on Sunday, his first since a home invader attacked him with a hammer.

The Pelosis sat near President Joe Biden and first lady Jill Biden at the 45th Kennedy Center Honors ceremony, with Vice President Kamala Harris and second gentleman Doug Emhoff seated between the couples. The president fist bumped Pelosi as he passed by, according to CNN.

Pelosi was wearing a black hat and one black glove as he continues to recover from his injuries. 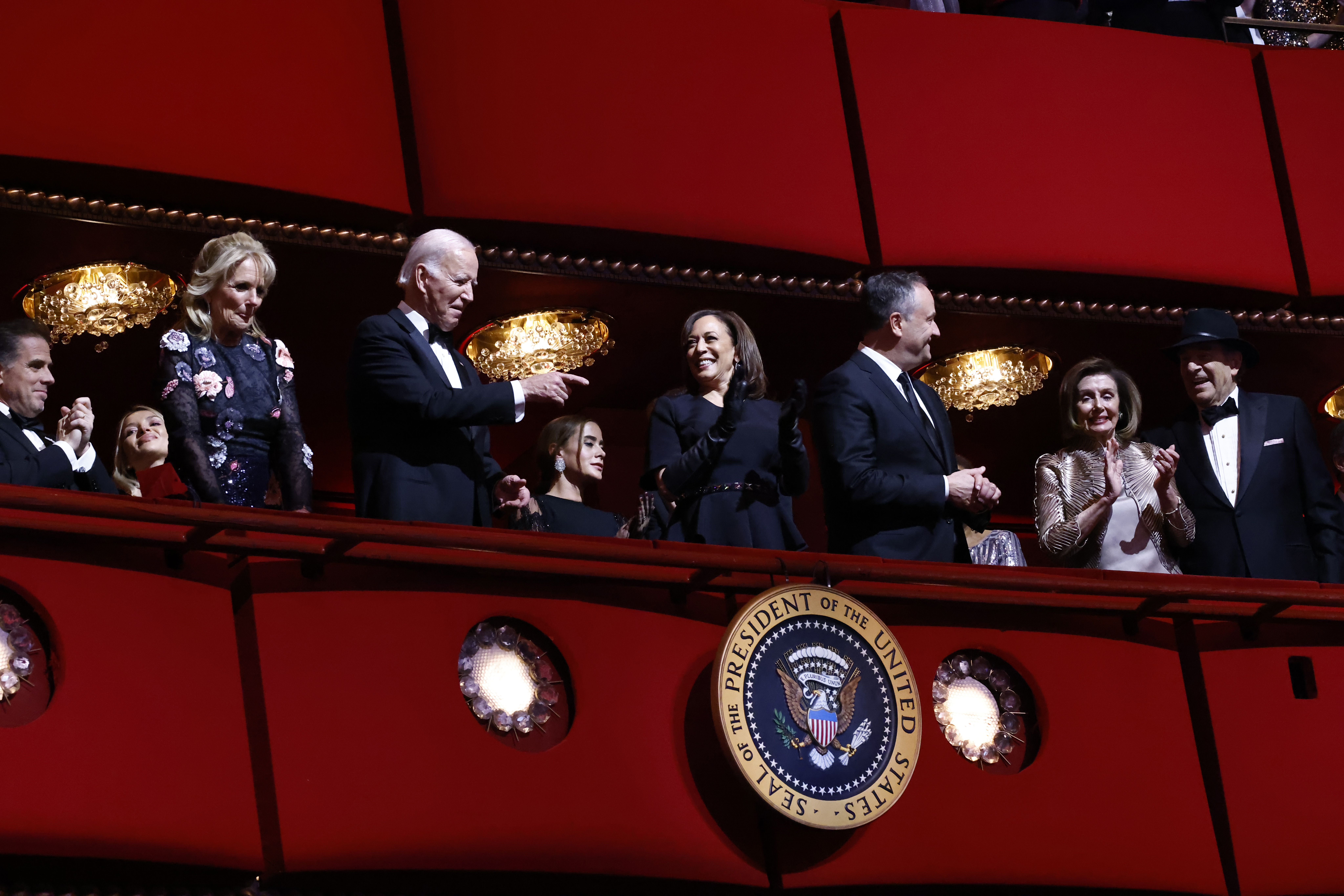 David Wayne DePape was charged after allegedly breaking into Pelosi’s home and attacking the speaker’s husband with a hammer on Oct. 28. Pelosi was hospitalized and received surgery for a skull fracture and injuries to his right arm and hands, according to the Nanci Pelosi’s spokesperson Drew Hammill. (RELATED: DOJ Charges Paul Pelosi’s Alleged Attacker With Attempted Kidnapping, Assault)

Paul Pelosi received a standing ovation from the audience at the Kennedy Center, including from Supreme Court Justice John Roberts, according to host Todd Starnes.

Biden spoke at the reception, awarding the Kennedy Center Honors to George Clooney, Amy Grant, Tania León, Gladys Knight and the band U2.

He stressed the importance of uniting in “common cause.”

The president had previously compared the attack on Paul Pelosi to the Jan. 6 Capitol riot, saying that the rioters and DePape both called out “Where’s Nancy?” during the respective incidents.