Wichita State University will spend more than $15,000 to stock tampons in the men’s, women’s and unisex bathrooms after a bill allocating the funding cleared the Student Government Association Senate on Wednesday, The Sunflower reported.

The “Funding Allocation for Menstrual Products” bill will designate $10,300 for “dispensers, display boxes and installation” and a yearly total of $5,430 for product refills and upkeep, according to the student newspaper. The menstrual products, which will include both pads and tampons, will be available at no charge.

A SGA official, who spoke with the Daily Caller News Foundation on the condition of anonymity, said that the products will be funded through the SGA Reserve Fund which is “allocated from student fees.”

“I wasn’t opposed to the bill at first, until I discovered that it was providing menstrual products for men’s restrooms,” the student said. “I had to do a bit of a double take and reread to make sure I was getting the information right and sure enough my suspicions were confirmed during the presentation last night.”

Former Student Body President Olivia Gallegos confirmed to the DCNF that the bill will use funding from student fees, which she found surprising. (RELATED: Colleges Are Putting Tampons In Men’s Bathrooms Because Men Can Have Vaginas Too)

“I was not surprised to see this bill passed as the SGA, like most around the country, is notoriously liberal. I was however surprised to see how this will be funded,” she said. “The initiative is being funded through the SGA reserve fund as no other department on campus was willing to foot the bill.”

Gallegos said that “the SGA spent 5 years working on [the bill] only to always come to the same conclusion: no one wants to fund it.”

“The issue with this is that the reserve fund exists as emergency funds, often described as a ‘rainy day fund.’ The SGA skims 1% of its budget every year into the reserve fund and will continue to do so until it reaches $1 million,” she said. “This is not an emergency or rainy day. The fact that no one in 5 years has been willing to fund this speaks volumes about what student fee money should not be spent on.”

Gallegos said that during her tenure as President, she “made it clear that the SGA would not be funding this program and if we did, menstrual products should only be placed in the high-traffic women’s restrooms as only women have periods.”

Current Student Body President John Kirk, however, told the Sunflower that he hopes to have the restrooms stocked by the end of the academic year. 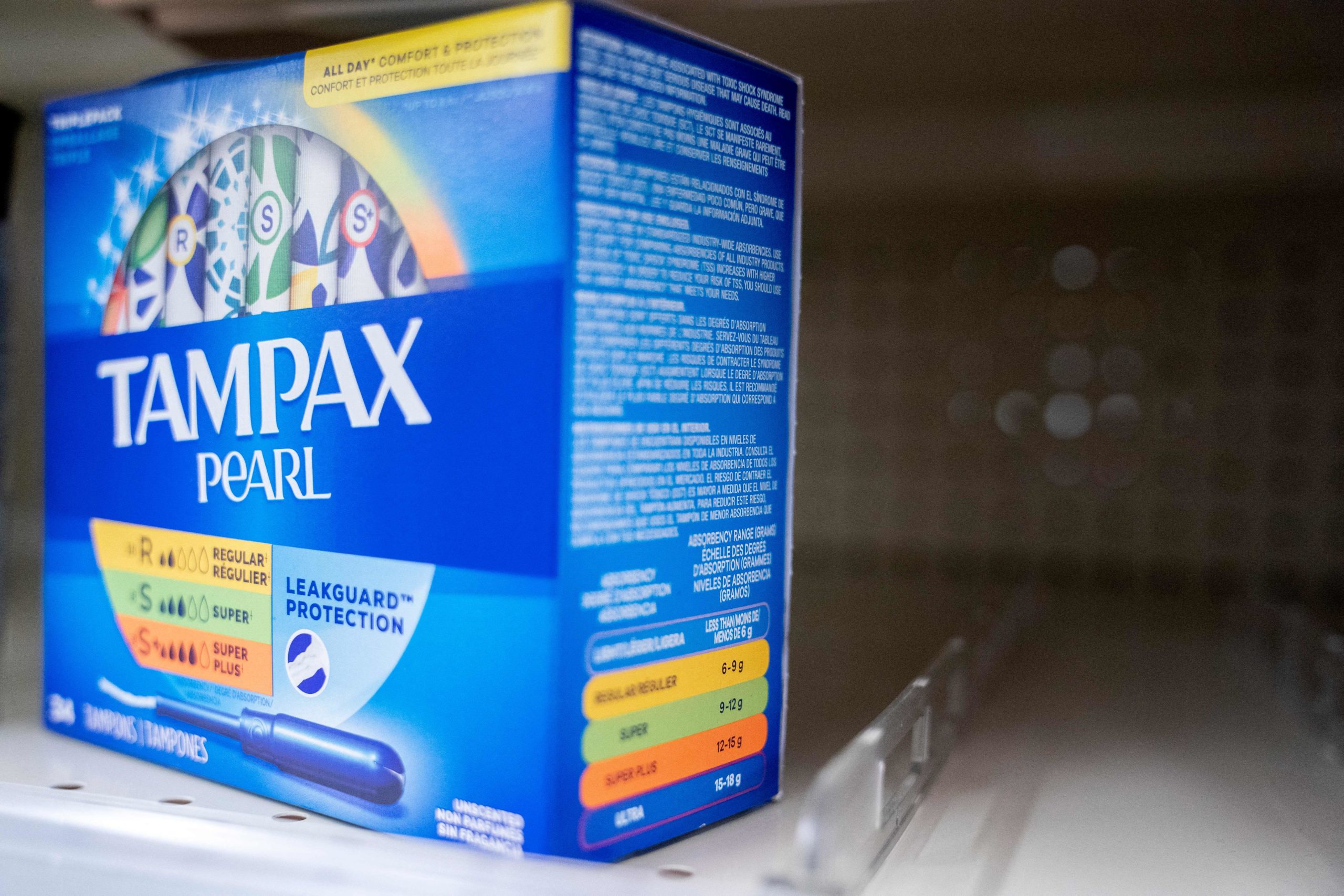 A box of Tampax Pearl tampons are seen on a shelf at a store in Washington, DC, on June 14, 2022. (Photo by STEFANI REYNOLDS/AFP via Getty Images)

A third student, who also spoke to the DCNF under the condition of anonymity, said that the plan is “ridiculous.”

The dispensers will be placed in the women’s restroom and reportedly will hold more products, while the display boxes will be stocked in the men’s and unisex restroom, the Sunflower reported.

WSU and Kirk did not immediately respond to the DCNF’s request for comment.