Oh well, Lakers fans. At least you have this short-shorts rocking, fanny pack swinging Kurt Rambis impersonator to entertain you.

Rambis was a fan favorite in L.A., and “Superman” was known just as much for his thick glasses as for his rebounding prowess.

Minus the beer gut, the resemblance is astounding. 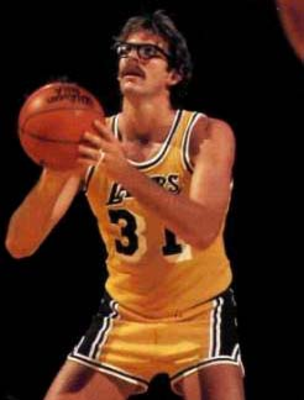