Here’s A List Of Some Of The Most Unusual Animals, Reptiles Available At A Typical Wuhan Wet Market
Kaitlan Collins White House Correspondent
January 18, 2016 10:56 AM ET
Font Size:

A news anchor was left stunned when a topless woman appeared on the screen during her live broadcast.

Maria del Carmen Gonzalez was reporting on the Puerto Rican version of “Big Brother” when Melissa Saldivar unwrapped her towel and flashed the cameras.

The Telemundo cameras captured it all. 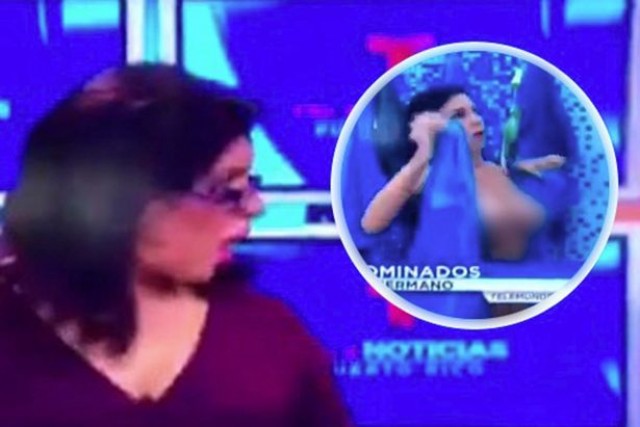 Gonzalez was clearly shocked and another news anchor at Telemundo tweeted out that it was a complete accident.

“There are videos that speak for themselves,” she wrote. “Things that happen when transmitting LIVE.”