President Barack Obama’s decision to put a moratorium on new coal mine leases could end up costing Americans billions of dollars as more federal lands are locked up.

Instead, if Obama could have generated nearly $88 billion of economic activity from opening more federally-controlled lands to coal mining, according to a recent study by the free market Institute for Energy Research.

IER found that opening up lands locked-up by federal laws and regulations would be a huge boon to U.S. coal producers and states, like Wyoming and Montana, which sit atop the Powder River Basin coal deposit. The Institute’s experts estimate these two states are home to 86 billion short tons of recoverable coal reserves. 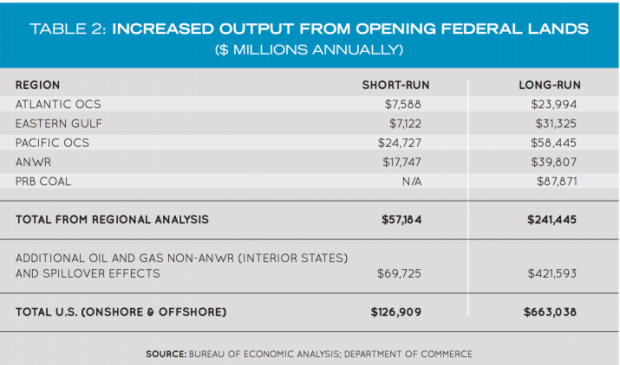 “Perhaps the most important gains from the proposal are in state and federal tax revenues. Increased output and economic growth lead to a larger pie upon which to assess taxes,” wrote Dr. Joseph Mason, a professor at Louisiana State University, in his study on the economic benefits of allowing more oil, gas and coal extraction on federal lands.

The Interior Department announced Friday it would no longer be allowing new leases for coal extraction on federal lands while the agency conducts a top-down review of its mineral leasing program. The move comes after years of pressure from environmentalists to get bureaucrats to charge companies more to mine for coal.

Interior argues the government needs to make sure “taxpayers receive a fair return for the sale of these public resources.” The language implies that bureaucrats intend to increase the royalty rates coal companies pay the government to mine on federal lands — something environmentalists have been pushing for years.

“It’s a fossil fuel giveaway that’s costing taxpayers $1.1 billion a year and it’s driving the central environmental challenge of our time,” Sharon Buccino, director of the land and wildlife program at the Natural Resources Defense Council, told The Washington Post. “That’s the wrong direction for our country and we need to make a course correction.”

Currently, 40 percent of coal is produced on federal lands, and clamping down on coal royalties could further hit the coal industry, which is already weathering federal regulations forcing coal-fired power plants to close their doors.