Palin and her daughter Willow traveled around Iowa to campaign for Trump by means of his jet Monday after she endorsed the Republican presidential candidate in January. 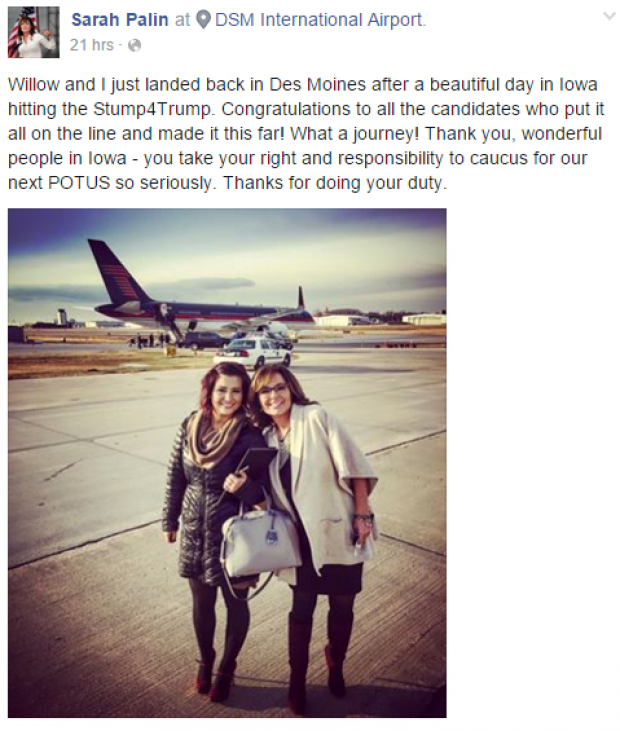 “Willow and I just landed back in Des Moines after a beautiful day in Iowa hitting the Stump4Trump,” Palin wrote in a Facebook post featuring a photo in which she and Willow  pose in front of a Trump jet.

But after Trump’s loss to Republican Sen. Ted Cruz in the caucuses Monday, Palin was stuck flying commercial out of Iowa. 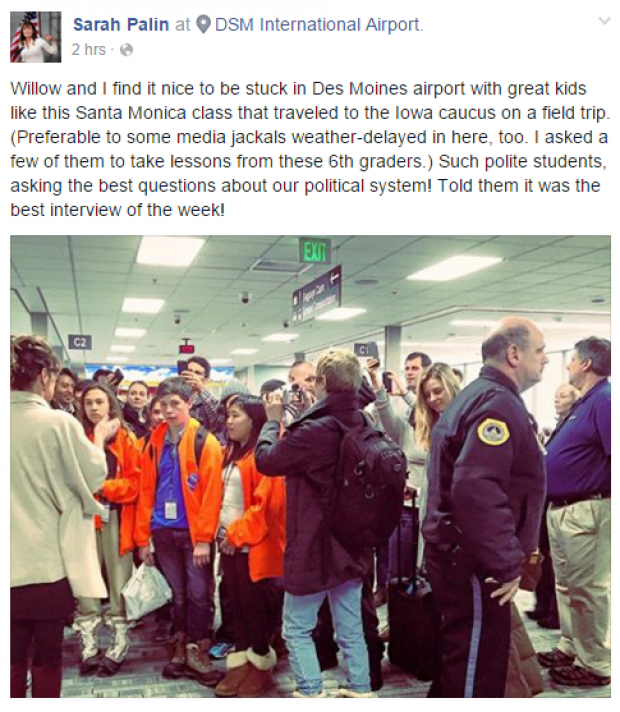 “Willow and I find it nice to be stuck in Des Moines airport with great kids like this Santa Monica class that traveled to the Iowa caucus on a field trip,” Palin wrote in a Facebook post Tuesday, featuring a very different picture of the crowded Des Moines airport.

Palin is seen walking through security in video tweeted by Yahoo News correspondent Hunter Walker. She told Walker she was connecting to a direct flight back to Alaska.

Sarah and Bristol Palin flying first class on our flight from Des Moines to Phoenix. #IowaCaucus

Trump flew Palin to Iowa for the endorsement in a private in January. The Daily Caller reported in 2014 that Palin refused to appear on Jay Leno’s “Tonight Show” unless they flew her and her whole family to New York in a private jet, which ended up costing $35,000.