Solar power is the industry of the future … and has been for more than 40 years.

The chart created by the Institute for Energy Research shows the history of government involvement in the solar industry. 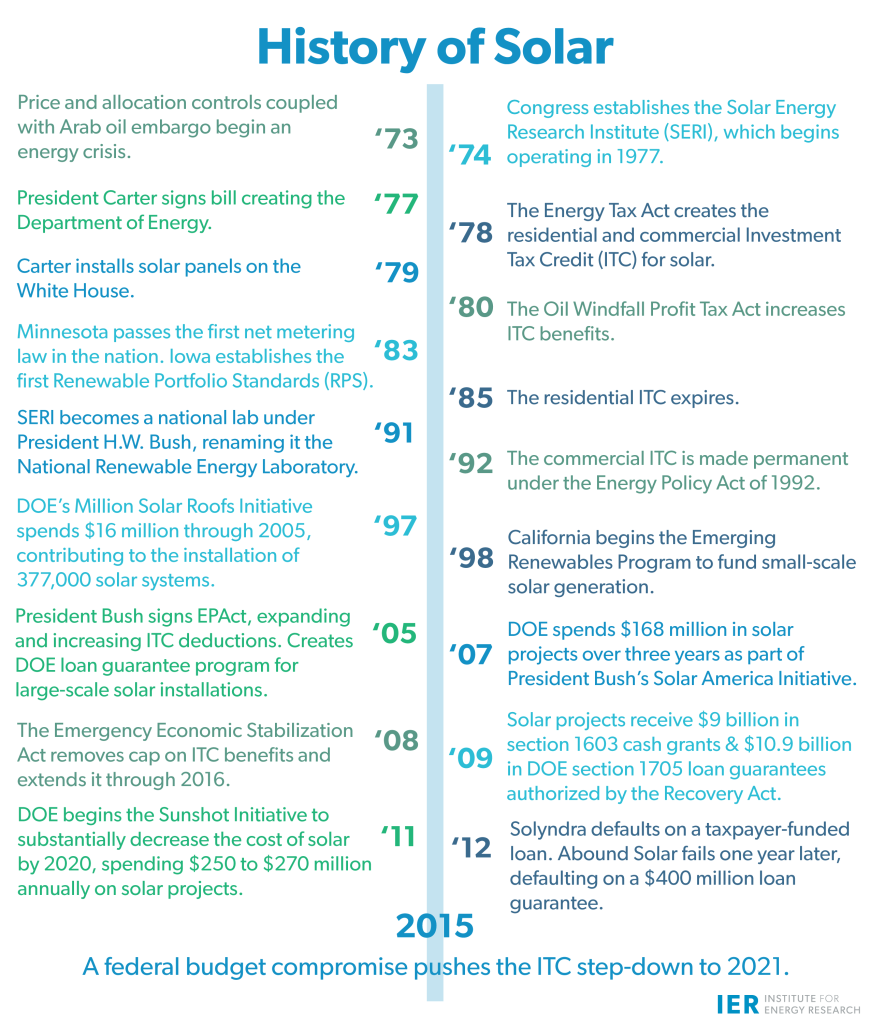 Today, solar power gets 326 times more in subsidies than coal, oil or natural gas per amount of energy generated.

Congress been increasing taxpayer support for solar and other green energy as well. Energy Information Administration (EIA) data from 2007 shows that solar energy was subsidized at $24.34 per megawatt hour and wind at $23.37 per megawatt hour.

1
GOP Leaders Hit Nadler For Holding Up A Ban On Fentanyl During Impeachment Trial
Politics
2
KASSAM: A Robust Defense Of The President Should Use Every Second Of Time Available. Here’s Why...
Opinion
3
Biden: DACA Recipients Are 'More American Than Most Americans'
Politics
4
German Authorities Find ‘Weapons Of War’ During Raid Near Radical Mosque
World
5
Is This Objectively Disgusting Soup What’s Causing China’s Disease Outbreak?
World