Donald Trump has called for a boycott of Apple until the company helps the FBI access the iPhone used by the San Bernardino terrorists — but he tweets from an iPhone.

Friday, during a rally in Pawley’s Island, South Carolina, Trump said, “I want Apple, first of all, Apple ought to give the security for that phone, okay. What I think you ought to do is boycott Apple until such time as they give that security number.” (RELATED: Digital Forensics Expert: Tim Cook Should Comply With Order To Unlock Terrorist’s iPhone)

“How do you like that? I just thought of that,” Trump said. “Boycott Apple. Here’s the thing, first of all, the phone’s not even owned by this young thug who killed all these people, the phone is owned by the government, okay, not even his phone. We don’t even have to go that far.”

“But Tim Cook, is looking to do a big number, probably to show how liberal he is,” Trump claimed. “But Apple should give up, they should get the security or find other people.” (RELATED: Apple Says Court Order To Install Back Doors In All iPhones Is ‘Unprecedented’ And ‘Chilling’)

Referencing the perpetrators of the San Bernardino terrorist attack, Trump said, “When these two young people had bombs all over their apartments and the floor, other people saw those bombs. Well, those people in a certain way are almost as guilty as the ones that did the shooting. We got to get to the bottom of it and you’re not going to get to the bottom of it unless we use common sense. So I like the idea of boycott Apple until such time as they give that information, I think that’s a great idea.” 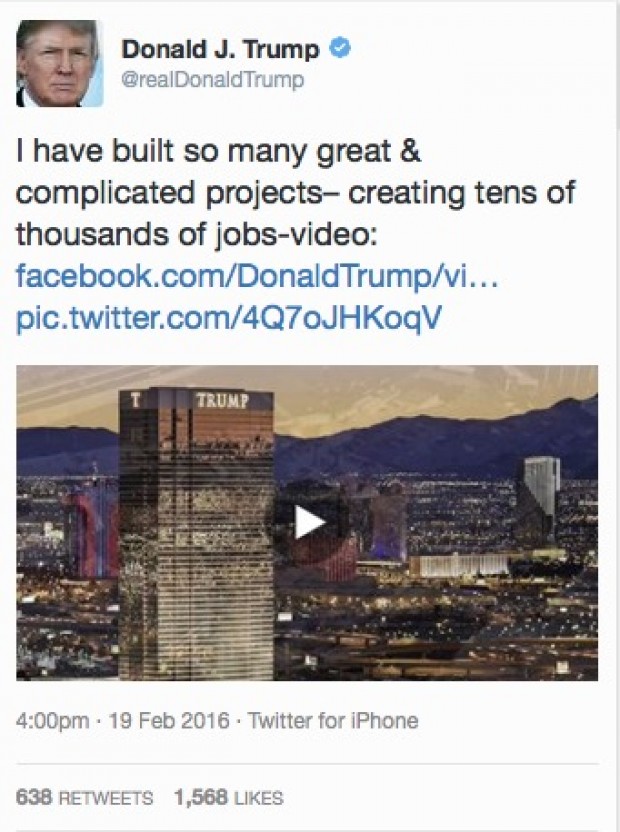