So much so that the Facebook founder sent a blistering message to Facebook employees explicitly forbidding them from “crossing out ‘black lives matter’ and writing ‘all lives matter'” on the company’s signature wall.

According to Zuckerberg’s recently circulated company memo — obtained by Gizmodo — Facebook has “never had rules around what people can write on our walls — we expect everybody to treat each other with respect.”

“Regardless of the content or location, crossing out something means silencing speech, or that one person’s speech is more important than another’s,” the Harvard dropout continued. “I was already very disappointed by this disrespectful behavior before, but… I now consider this malicious as well.”

“This has been a deeply hurtful and tiresome experience for the black community and really the entire Facebook community, and we are now investigating the current incidents.” 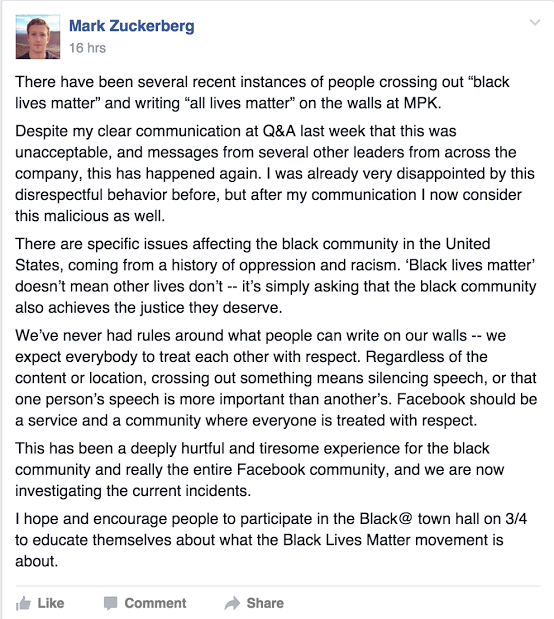