You can no longer watch the official video of CNN and Telemundo’s Thursday night GOP debate.

A Daily Caller tipster first uncovered the vanishing video, claiming he “started watching [Thursday night], tried to finish today and there is a popup notice saying Telemundo forced YouTube and CNN to take it down on copyright grounds. That seems crazy for the RNC to allow… Don’t they want people to watch it?”

When trying to watch the video in question viewers are now met with the following message. 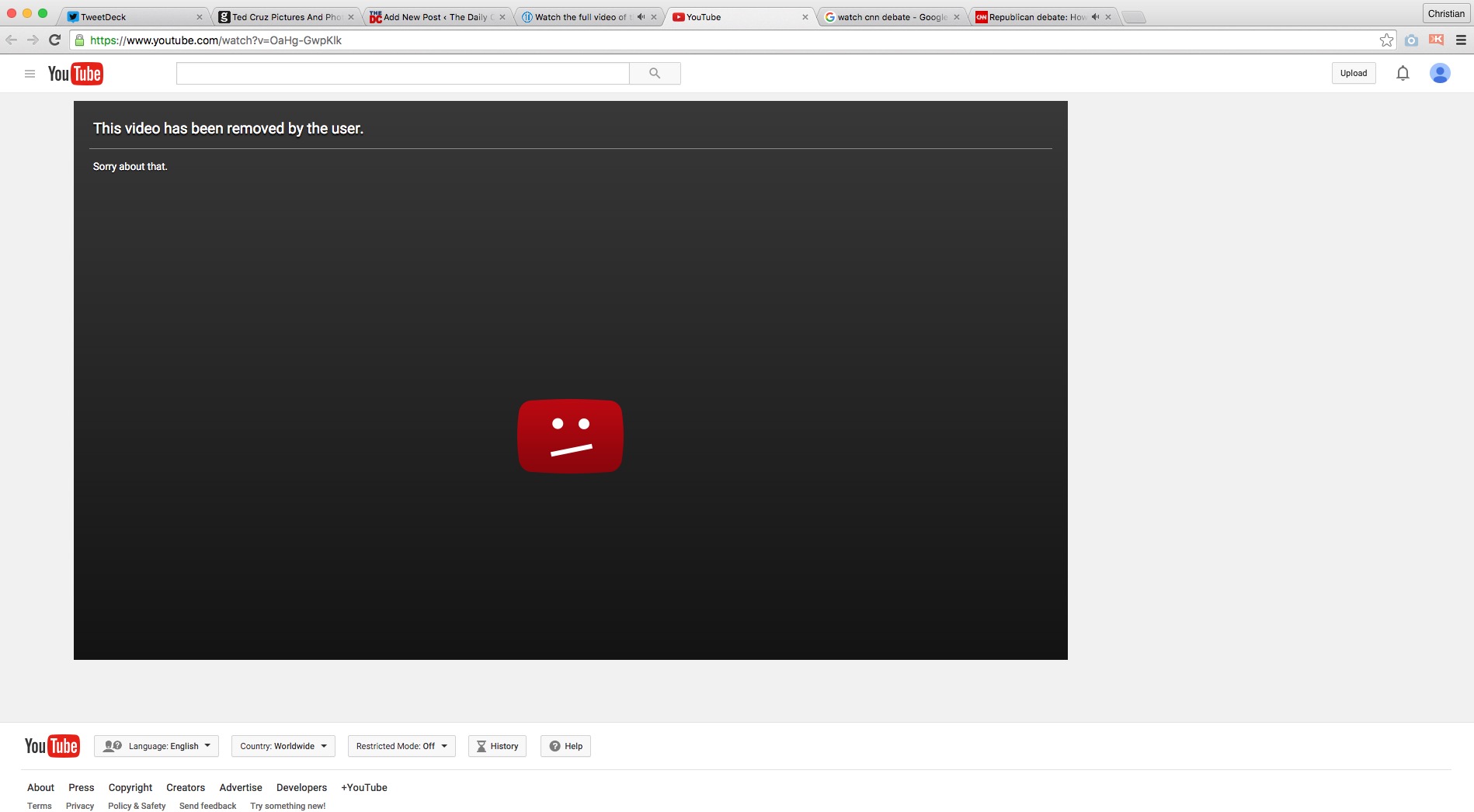 Additionally, CNN has removed the entire debate video from their website, despite promising to make it “available to all users without having to log in.”

The RNC has not yet returned TheDC’s request for comment on the situation.