Hillary Clinton inadvertently crashed a bachelor party during a campaign stop in Charleston, S.C. on Friday and marveled at two things: Bloody Marys and men kneeling at her feet.

Clinton, an avowed feminist, and her entourage wandered into Saffron, a cafe and bakery, just as Joe Schreck and his merry band of 10 groomsmen were beginning his bachelor party with a round of Bloody Marys.

The men asked Clinton for a photo, and she obliged. “He’s getting married today!” she told her staff, according to press pool reports. “That’s pretty exciting.”

Clinton’s campaign photographer Barb Kinney told several of the men to kneel down, and they obliged.

“I love having men at my feet,” Clinton mused, before turning her attention to the bachelor party’s beverages. 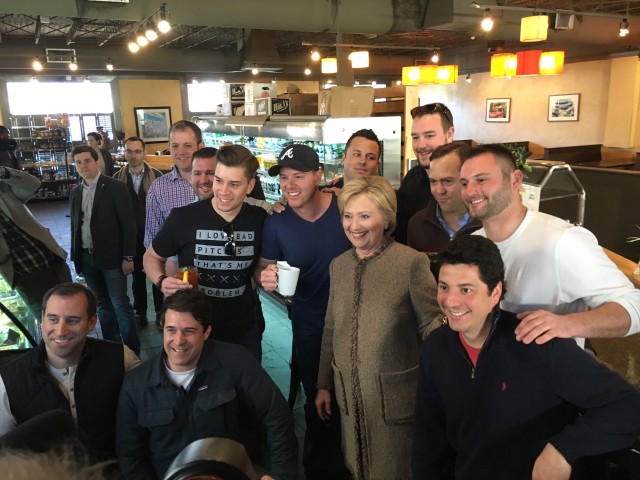 “That looks like a really good Bloody Mary,” she said, pointing to one of the men’s cocktails.