The man responsible for shooting then-President Ronald Reagan spends much of his time in a posh, gated resort residence near Virginia’s scenic James River located just outside of Williamsburg.

John Hinckley Jr., 60, could observe the 35th anniversary Wednesday of his attempted assassination of Reagan from a luxurious community astride the 13th hole of a PGA championship golf course, complete with a picturesque view of a tranquil lake, an investigation by The Daily Caller News Foundation has found.

“This is absolutely so wrong. To let this guy go free. He almost killed the 40th President of the United States, coming within an inch of his heart,” Jim Kuhn, top executive assistant to Reagan and first lady Nancy Reagan throughout their eight years in the White House, told TheDCNF.

Hinckley’s lawyers won a not-guilty-by-insanity verdict June 21, 1982, and he has been known ever since as an “insanity aquittee.” The ruling triggered a national outcry about abuse of the insanity defense.

“I think the process is as insane as John Hinckley is,” Kuhn said. “He ruined Jim Brady’s life. And he shot two other people. And he’s going to walk? This guy is out scot-free? I just don’t get it.”

In Friedman’s latest order, issued in February 2014, he ruled Hinckley could stay in the community on eight occasions during the year for 17 days at a time with “unsupervised outings lasting up to four hours each outside his mother’s housing subdivision, for social, recreational, shopping, and dining activities.”

The judge spoke approvingly that Hinckley “visits stores, restaurants, and other attractions with family members or alone; takes solitary walks in his mother’s neighborhood; and spends time alone in the family home working on art, music, or other pursuits.” 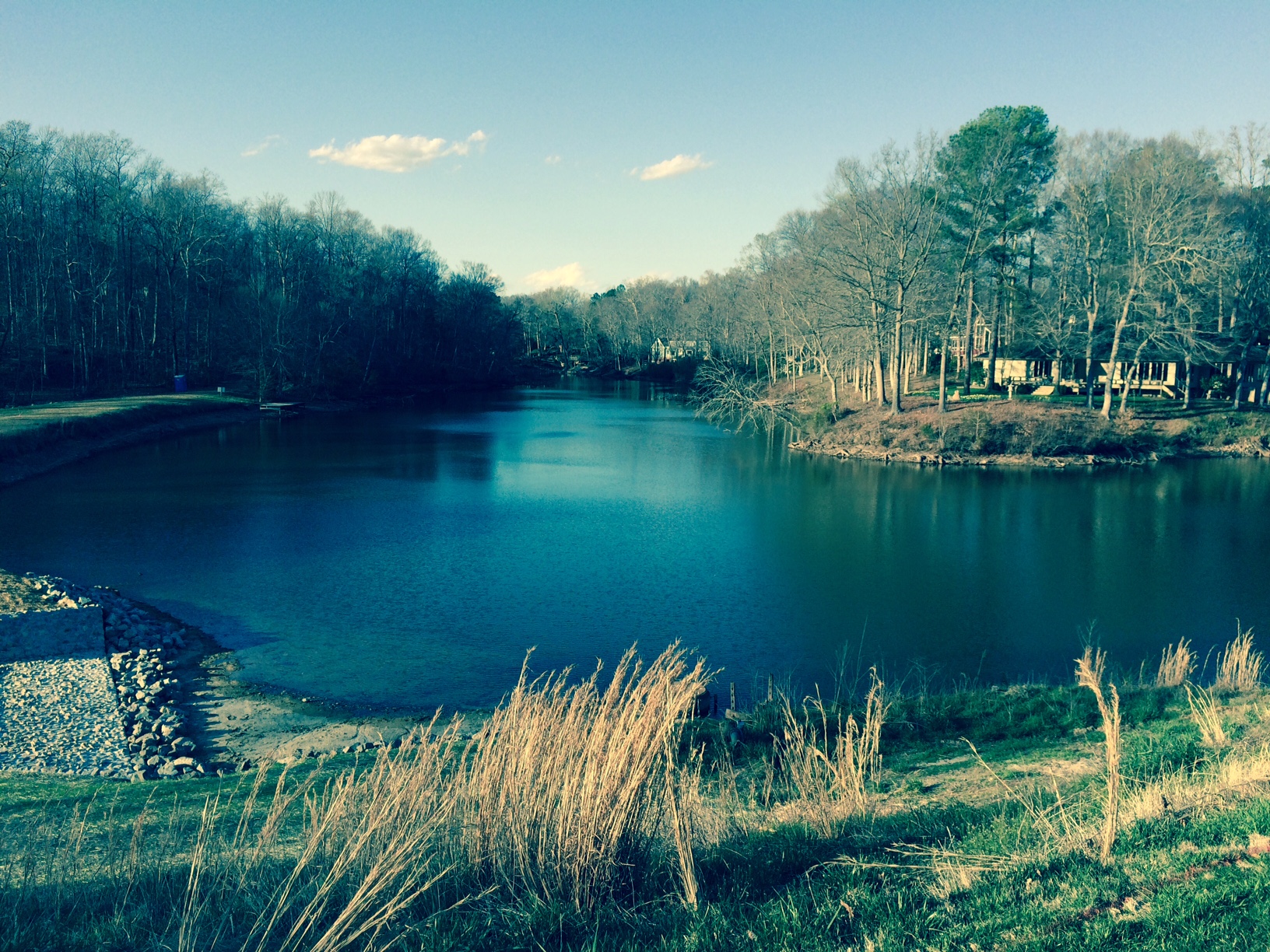 View from Hinckley back yard – This is a man-made lake called Kingsmill Pond which Hinckley can view from his backyard or deck. (photo: Richard Pollock)

The gunman’s lawyers, citing his “constitutional rights,” now are asking the court to allow Hinckley to live full-time in Kingsmill where his 90-year old mother resides in a cul-de-sac called “Yeardly’s Grant.” Friedman’s ruling is expected at any time.

Barry W. Levine, Hinckley’s lead lawyer and a partner of the top law firm Blank Rome, told the court April 17, 2015, that “Mr. Hinckley has a Constitutional and statutory right to Convalescent Leave, under the least restrictive conditions consistent with public safety.”

His lawyers also want to expand the radius of his unsupervised car trips to include the beaches in Virginia Beach, 60 miles away. 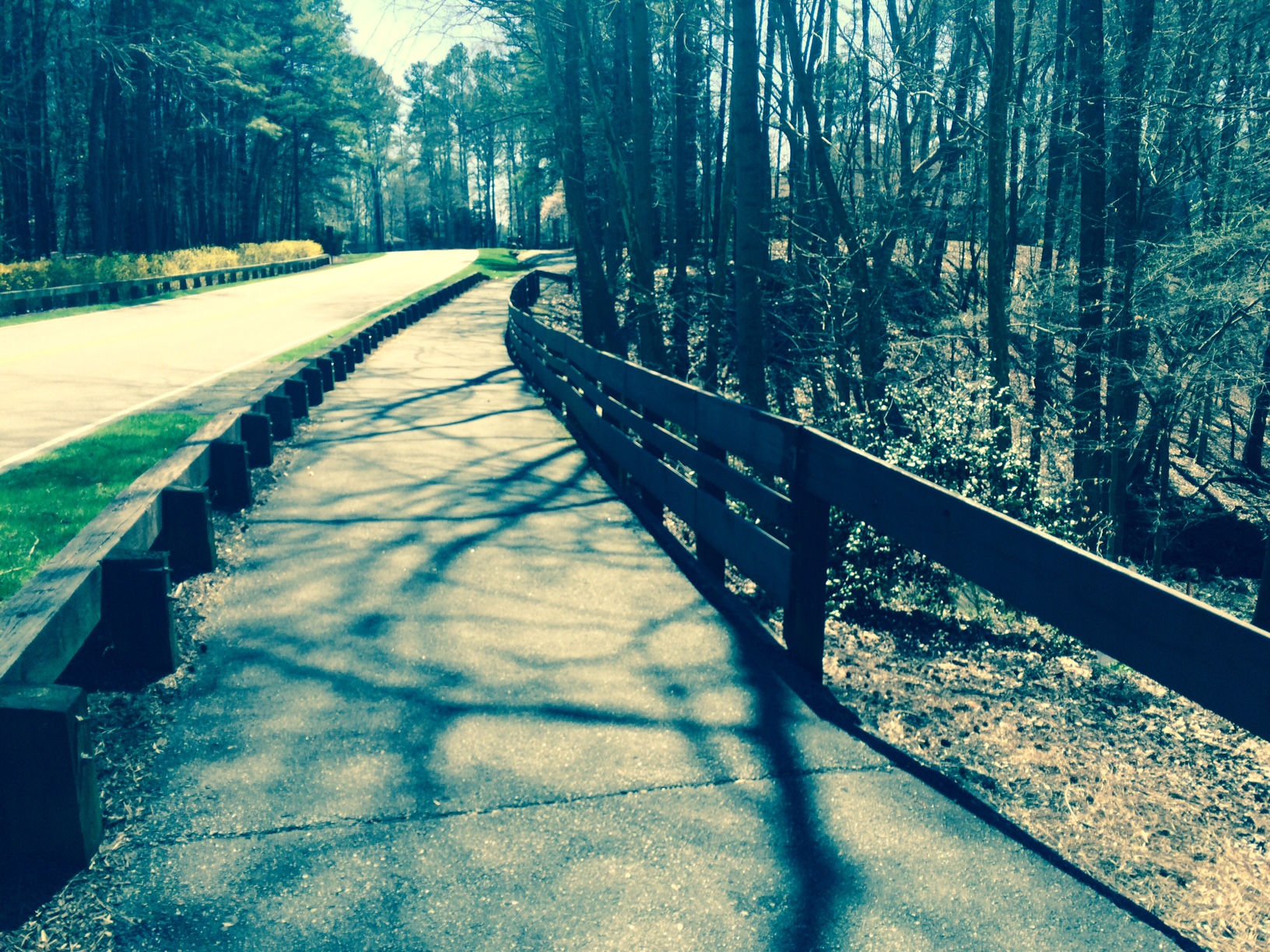 Jogging path — Hinckley can walk unescorted twice daily. He has been seen walking with head phones on this part of the path. (photo: Richard Pollock)

On the day of the shooting, Mark Weinberg, Brady’s deputy press secretary, rushed his wife, Sarah Brady, to the hospital. He told TheDCNF Hinckley “is lucky to have the resources to hire such skilled attorneys.”

Hinckley’s father, John Hinckley Sr., owned a Colorado energy company he sold the year after the shooting for $26 million. The family bought the home at Kingsmill in 1984 and bankrolled lawyers and psychiatric experts to defend their son. The father died in 2008.

The Hinckley home has two decks on the back facing Kingsmill Pond; sought-after properties in the neighborhood. Next to the residential part of the community is Kingsmill Resort. All residents, including Hinckley, can get into the resort by driving a short distance from their homes. New residents must pay a $10,000 initiation fee to enjoy the resort’s marina, pools, restaurants and spa. A $30,000 initiation fee is required to join the golf club and the three courses.

This year a women’s LPGA championship tour is scheduled for a Mother’s Day tournament on Kingsmill’s River Course. Women golfers will have to walk through Hinckley’s backyard to get to the 13th hole.

Hinckley has had trouble with women, over which he originally suffered psychotic delusions. He shot Reagan to “impress” actress Jodie Foster. The LPGA offered no comment when asked by TheDCNF about the proximity of the course to the Hinckley home.

Hinckley was kept until 2006 at St. Elizabeth’s Hospital, a federal psychiatric facility that today is operated by the District of Columbia government. That year the court permitted a limited excursion to see his mother in Kingsmill.

The federal government, for its part, is calling for more surveillance. Officials want him to wear an ankle bracelet, to add tracking equipment to his car and install software to monitor his Internet usage at his mother’s home.

In terms of greater surveillance, Levine retorted that “treating Mr. Hinckley as if he is a terrorist or a sex offender is patently offensive.” TheDCNF contacted Levine’s office but his staff said he was unavailable.

Weinberg said while Hinckley was living in a luxurious community, the shooting for his boss “changed everything. He was never the same.” Hinckley shot Brady in the head, which incapacitated him for the rest of his life.

“I believe in forgiveness,” Weinberg said. “I personally will probably never completely forgive John Hinckley for what he did to those men. My personal view is that it doesn’t seem fair. It doesn’t seem right.”

Weinberg added he hopes news of Hinckley’s lifestyle in Kingsmill will push for “the kinds of reforms that it needs to add an element of saneness to our legal system.”

Government experts argue Hinckley still suffers from “narcissistic personality disorder,” for which he takes medication. Symptoms include deceptiveness, guardedness, secretiveness and lack of forthrightness at times, according to the U.S. Attorney’s Office.

Dr. Roberts Phillips, a government psychiatrist, warned the court, “If Mr. Hinckley presumably has more time in the community with potentially less supervision, those decisions that he makes, if they are poor ones, can have profound consequences.”

Hinckley recently attempted to deceive the Secret Service and his psychiatrists. Twice in 2011, he tried to trick the Secret Service by “deviating from the terms of the itineraries that governed the use of his unsupervised time,” according to court documents.

Hinckley in 2011 reportedly approached Richard Rolfes, a local bookstore employee, who told the Secret Service and the court the gunman asked for books on presidential assassinations. Rolfes said Hinckley had very “neutral, detached,” and “kind of odd” demeanor.

“Physically it made me very uncomfortable. The customer didn’t seem very engaged, even though he was asking me questions.  [He] seemed very detached from the conversation we were having,” Rolfes said, according to court documents.

Judge Friedman rejected the employee’s account, although the Secret Service believed the incident was real enough to force a protracted court hearing.

There have been reports of resistance from the local residents to Hinckley. He reportedly sought jobs in the area but was rejected by a local Starbucks, a humane society and the law library at the College of William and Mary.

Kingsmill Community Services Association, the residential governing body for the resort, declined to comment when asked by TheDCNF.

The U.S. Attorney’s office has a dim view of Hinckley’s truthfulness. “Mr. Hinckley continues to exhibit deceptive behavior even when there are no symptoms of psychosis or depression,” federal prosecutors told the court.

[dcquiz] “Such deceptiveness may relate to his narcissistic personality disorder in combination with his guardedness, secretiveness, and lack of forthrightness.”

Prosecutors warned the court in April 2014 they believe there is “potential accelerated mental deterioration based upon his clinical history.”

House Democrats used Kingsmill Resort for political retreats three times from 2007 to 2009, while Republicans convened theirs there in 2013.