The name Bruce Jenner has really taken a beating in recent years. At first it meant: “Eat your Wheaties and be like this guy.” Then it meant: “Watch this pathetic milquetoast get humiliated by the Kardashians every week.” And now it means: “Stop deadnaming this beautiful woman who has always been a woman and always will be a woman, you transphobic bigot!” It’s a damn shame what’s happened to the Bruce Jenner brand.

But now the good old days are back! Now you can say the name Bruce Jenner with pride once more. Selima Hussain of the Sun-Sentinel reports on a Florida man who has taken that mantle upon himself:

This Bruce Jenner was formerly Mark Behar, an actor and bodyguard who legally had his name changed in order to preserve the “heterosexual roots” of Jenner’s original name, according to a statement from his publicist, Tom Madden.

“We’re representing Mark who is now legally Bruce so the famous Bruce Jenner name will return to its heterosexual roots where our client believes it belongs instead of hanging around out with the likes of the Kardashians and getting into car accidents as Caitlyn,” Madden was quoted saying in a press release from TransMedia Group, the PR firm representing the former Behar.

Oh yeah, that’s right. The original Bruce Jenner actually killed somebody in a car accident, remember that? Of course, since then he’s become a secular saint and has been absolved of all sins. 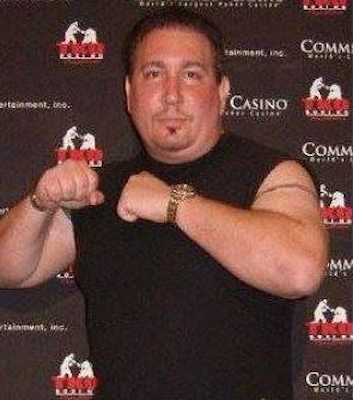 Hey, who are you to tell this guy he’s not a world-class decathlete? He identifies as trans-Olympian. He’s BMI-fluid. I support his transition, and so must you. Stop laughing. #NOH8

P.S. If you laugh at this, you’re a transphobe.