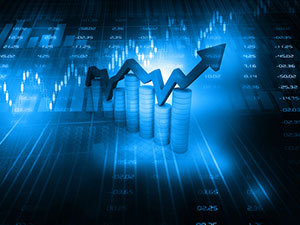 The market rally continued Wednesday with the Dow Jones Industrial Average rising 42 points, an uptick driven by stronger than expected earnings reports and rising energy stocks. The Dow’s closing level is its highest since July. Meanwhile, the CBOE Volatility Index (VIX), the market’s fear gauge, fell to 12.5 at one point today. This is the lowest volatility rating for the market since August 10, 2015.

The Shocking Forecast for Oil Prices in 2016: Crude oil prices plunged in 2015, but our forecast points to a turnaround this year that will send the price of oil higher. Read more…

America is changing the face of the $20 bill. According to a report by Politico, Treasury Secretary Jacob Lew is set to announce that Harriet Tubman will replace Andrew Jackson on the front of $20 bill, while Jackson may move to the back. Meanwhile, Alexander Hamilton will remain the face of the $10 bill. The catch? The newest $20 bills will not be issued until 2030. By then, the U.S. debt will likely have swallowed the entire nation’s economy.

On the economic front, existing home sales for March rallied 5.1%, according to the National Association of Realtors. The report indicates that home re-sales are pushing higher despite news that inventory levels remain at low levels.

Oil prices closed at their highest levels of 2016. WTI crude oil prices added 3.6%, while Brent crude added more than 3.1% on news that producers will be meeting in May to discuss a potential freeze in oil prices.

But the big story today was Yahoo! Inc. (Nasdaq: YHOO), which beat earnings expectations after the bell on Tuesday. The news rallied shares more than 2%. Said CEO Marissa Mayer of the company’s 2016 turnaround plan: The company is “off to a solid start.”

Still, the firm is currently considering bids for a number of assets. According to reports, one of the favorites in the auction, Britain’s Daily Mail, said today that it hasn’t made any offer for the Internet giant’s core Internet business. That said, it is discussing possible bids with private equity firms and other investors to pursue the technology giant. Meanwhile, Verizon Communications Inc. (NYSE: VZ) is reportedly moving toward the second stage of the bidding process.

So, who will purchase Yahoo? Start with these three companies.

This Penny Stock Will Double Your Money – and Save a Dying U.S. Industry: It’s not easy to find a truly compelling penny stock, which is why this one is such a remarkable find. Not only is this green energy stock capable of a gain of 100% or more, it’s just now rolling out technology with the potential to rescue the struggling coal industry. But this 21st century success story has only just begun, making now the perfect time to buy this stock.