Things got way out of hand on CBS “This Morning” this morning.

Host Charlie Rose offered to spank his co-host Norah O’Donnell during Thursday’s show and even showed the audience how one would go about it.

The segment began with footage of a lemur trying to scratch an itch.

Co-host Gayle King commented, “We’ve all been there. You have that itch on your back that you just can’t reach. Well guess what, it happens to lemurs, too. In a video posted on YouTube — I love this video — a lemur enlists the help from two boys to scratch an itch on its back by aggressively pointing it out.”

Rose added that the video showed “It’s either that or [the lemur’s] spanking himself.”

King continued, “The kids obeyed, but help every time the boys stopped for a rest, the lemur demanded more.” 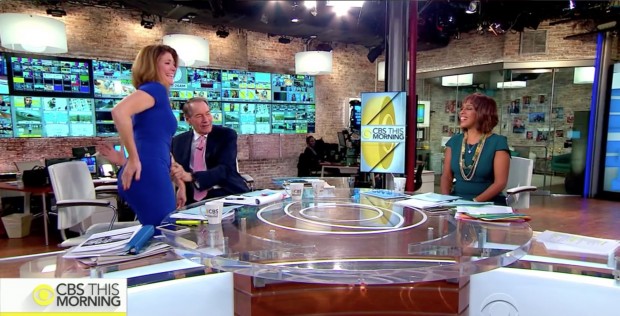 O’Donnell is then seen standing up, playfully slapping her own butt, when Rose says, “Oh, I’ll do that!”

Then Rose makes a move to spank O’Donnell.