The ranks of American leadership need more successful businessmen. This is one of the reasons that Donald Trump is the presumptive Republican nominee. The country has long been run by lawyers and professional grifters, but it desperately needs folks who know how to run a business.

The best way to start thinking like a businessman is to read books written by businessmen. The smartest guys in the private sector are often keen on sharing their keys to success, and it is a shame that more people don’t study these tactics. Something tells me that if members of the media had spent less time on Twitter and more time reading any of Trump’s 19 books, they would have an easier time making sense of Trump’s dominance to date.

While all of Trump’s books are worth reading, he’s not the only prosperous Republican entrepreneur who wishes to help people less fortunate than he is.

This week, Phil Knight, the brains behind the brand that is Nike, has released “Shoe Dog: A Memoir by the Creator of Nike.” For years, Knight — Nike’s founder, chairman and former CEO — had remained mum on how his lark post B-school start-up turned into one of the most successful companies of all time. 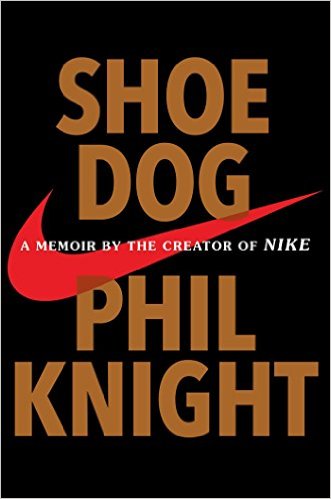 Phil Knight finally talks about his success in Shoe Dog: A Memoir by the Creator of Nike (Photo via Amazon)

At long last, in “Shoe Dog,” Phil Knight gives the general public a sense of how he pulled it all off. The book description notes: “In this candid and riveting memoir, for the first time ever, Nike founder and board chairman Phil Knight shares the inside story of the company’s early days as an intrepid start-up and its evolution into one of the world’s most iconic, game-changing, and profitable brands.”

Let’s just say that there is a lot more to the story of Nike than meets the eye, and anyone who wants a career (and wealth) of the Knight/Trump magnitude, would do well to read “Shoe Dog.”