Amy Schumer characterized gun shows as generous, negligent and reckless during her latest episode of “Inside Amy Schumer.” 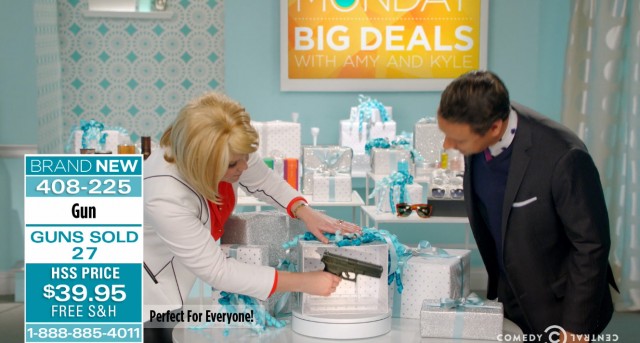 In a sketch titled “Welcome To The Gun Show,” the 34-year-old comedian plays a home shopping host who will sell a gun to anyone who has $39.95 and a phone. (RELATED: Amy Schumer On ‘Trainwreck’ Shooting: ‘I Wish I Never Wrote It’)

“You can absolutely get a gun if you have several felonies, as long as you buy it on the Internet or at a gun show,” Schumer’s character says. “The government could be coming for your guns soon, like they never have, but always might.” 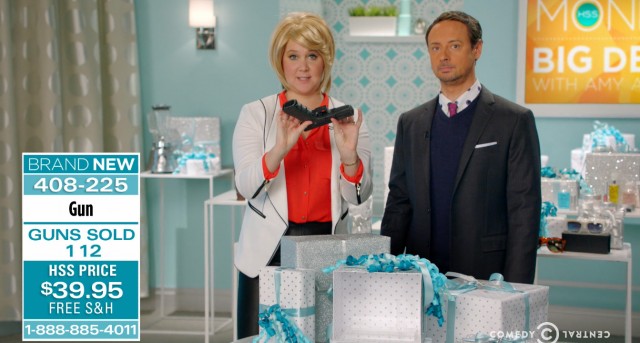 At one point during the sketch, a “terrorist who is on the no-fly list” calls in and asks if he can purchase a firearm. (RELATED: Amy Schumer Continues Anti-Gun Crusade: ‘We Need Outcry’)

“No one can tell you you don’t have the right to buy a gun in this country you’re trying to destroy!”