Next week is Ron Fournier‘s ‘Love that Boy‘ party — and it’s not a party for pedophiles.

Rather, it’s a celebration of the incredibly touching book that the National Journal reporter wrote about his son’s Asperger’s Syndrome. Fournier took the boy on eight road trips to meet two ex-presidents at the request of his wife, who wanted him to spend more time with their son. 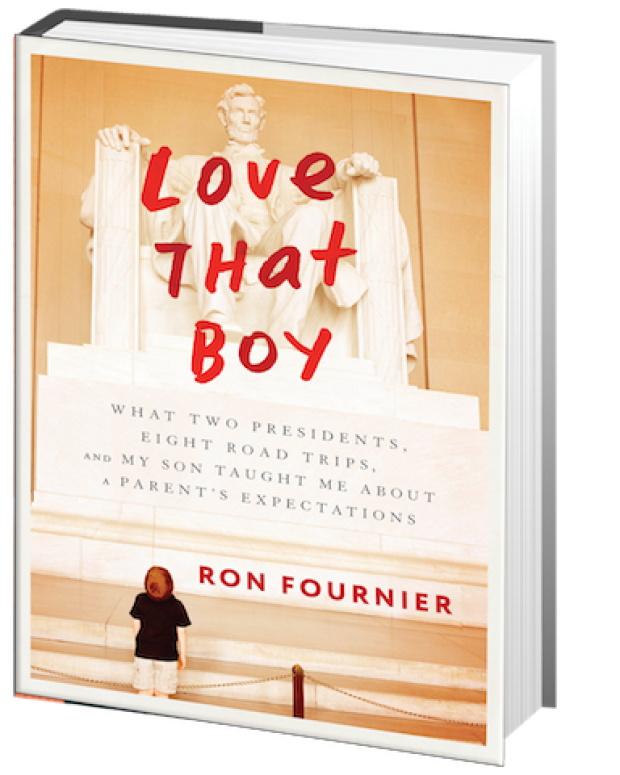 According to the party invite, the book is “a uniquely personal story about the causes and costs of parental expectations.”

In 2013, Peter Ogburn, then at FishbowlDC, was critical of Fournier’s book deal: “When Fournier was trying to connect with his son, he did what all fathers do: Take them to visit two former Presidents of the United States!”

The deal grew out of a National Journal cover story about his son.

“Sorry, did anyone bother reading Fournier’s piece?” wrote Ogburn, executive producer of The Bill Press Show. “To me, it reads like a what NOT to do with your children. …To Fournier’s credit, he has admitted his past shortcomings as a father and is embracing his child for who he is, eccentricities and all. But, a book on parenting?”

Ogburn admitted in the piece that he’s a “horrible father.”

But a book deal for Fournier? “We should be rewarding the people who are GOOD at parenting,” he wrote. “People who understand that parenting isn’t about controlling your children or treating them like toys. That dad that yells at his kid for being too slow on the soccer field? Yeah, don’t be that guy. The dad that patiently waits for his kid to find a hobby that he truly enjoys and then nurtures that hobby? Let’s give him a book.”

Of course, there are other, more positive thoughts about Fournier’s book.

“LOVE THAT BOY is a gift to families of all kinds,” wrote longtime news anchor Tom Brokaw. “Tyler is a reminder of why being a parent, whatever the child’s condition, is at once the most important and challenging job in mankind.”

Naturally the book earned a lot of ass kissing from the MSNBC “Morning Joe” crew from both Joe Scarborough and Mike Barnicle.

For Scarborough it was personal: “As the proud father of an Asperger’s child, Ron’s heartfelt work inspired me as much as I know it will inspire you.”

Barnicle also heaps on the praise: “Along the way, they meet Bill Clinton and George Bush; but the real reward for readers from his being on the road with his dad is that we meet Tyler, a young man with Asperger’s and a heart as big as the country.”

The Mirror routinely features Fournier in “5 Dumbest Tweets of The Week.”

Fournier’s party is at Shinola on 14th Street in Washington.

There will be “wine and bites.”

There won’t be a dry eye in the house.