Someone spent a considerable amount of money to sit courtside for Game 7 of the NBA Finals Sunday night, and that someone could have been Russell Wilson. 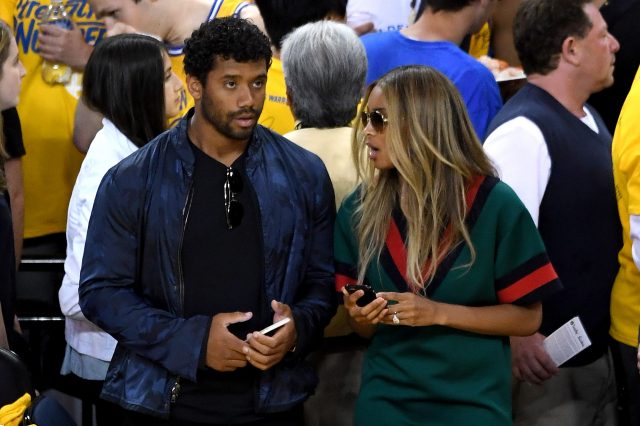 Two days ago, StubHub spokesman Cameron Papp revealed that someone had paid $49,500 a piece for two courtside seats, besting the previous record of $37,000 paid for a courtside seat to Game 4 of the 2008 NBA Finals. While Papp would not name names, he said the buyer was “well known.”

The most well known couple sitting courtside Sunday night was arguably pop star Ciara and her Super Bowl-winning quarterback fiancé Russell Wilson. The two were among the many celebrities at the star-studded event including comedian Dave Chappelle.

Wilson and Ciara, born Ciara Harris, were engaged earlier this year and what a better way to celebrate than perhaps the most exciting conclusion to an NBA Finals in basketball history?

Ciara sported her impressive engagement ring, said to be worth around $2 million, to the game. Wilson refrained from declaring an allegiance to either team, opting for a plain black T-shirt. He did, however, chat with Golden State Warriors co-owner Peter Guber before the game.

The night before, the Seattle Seahawks quarterback escorted his bride-to-be around his city in a romantic helicopter ride, which he piloted himself.