“Might start a new Housewives franchise because what the hell else am I doing with my life.”

“Lesson I’ve learned from Ayn Rand, that it’s taken me too long to learn: Nearly nobody who needs the benefit of the doubt deserves it.” — Shoshana Weissmann, social media, The Weekly Standard.

Joan Walsh has an important question about boy bands

“How can we call New Edition the first boy band — do the Jackson 5 not count? Asking for a friend #BETAwards.” — Joan Walsh, national affairs correspondent, The Nation.

“I’m on season one of Game of Thrones. Finally got into it. I get to enjoy all of it now for the first time so be jealous.” — IJReview‘s Joe Perticone.

“Talking heads who carry water for a given candidate (and can’t seem to find any faults) are the least insightful/interesting talking heads.” — WaPo race reporter Wesley Lowery, who landed on the top of The Mirror’s 2016 “Journalism Egos, Ranked”  list.

“Legit considered asking waiter if I could take the leftovers. (Also there’s a guy asleep at his plate at the sushi bar so things are weird.) Just saw a man eat a sushi platter and let waiter take away perfectly good uni and ikura because was ‘full.’ You disgust me, guy.” — Andrew Kirell, senior editor, The Daily Beast.

“On the 18th hole, Mr. Trump had one final surprise to share. Do you know who I’m having dinner with tonight, he asked a reporter, before mouthing the name of his dining companion in two voluptuous syllables: “Ru-Pert,” he whispered, referring to Rupert Murdoch, the Australian media mogul who oversees News Corporation. Moments later, as promised, Mr. Murdoch materialized with his wife, Jerry Hall. Mr. Trump hopped behind the wheel of a golf cart, and Ms. Hall climbed in beside him.” — From a weekend story by NYT‘s reporter Ashley Parker who was following Trump around a Trump-owned golf course in Balmedie Scotland.

“Confession. I just learned how to spell Cincinnati this weekend.”– Byron Tau, WSJ.

“JESUS ASS BALLS ARE YOU GODDAMN SERIOUS SHOW DID YOU REALLY HAVE HER DO THIS #GameofThrones” — Hayes Brown, World News Editor, self-described “disgusting reporter” for BuzzFeed.

The Atlantic writer is interviewed for the July/August issue of Playboy by ESPN’s Bomani Jones. A note from a publicist says that in the story “he discusses his rise to fame, being a voice for black America, President Obama, and how hip-hop has influenced his work.”

“It makes me sad that people don’t read more black writers. I want the notion of there having to be ‘the voice’ for black folks completely obliterated. There is no one voice on climate change. There’s no one person on sports. I think that allows for a kind of laziness among nonblack people who don’t want to read other people’s sh*t. It saves them from having to compare me with other writers who are not black. It allows them to say, ‘You’re king of the blacks over here.’ The journalism I’m making stands up with any of these white folks you want to put up. If you want to have a conversation about where I stand in my field, we can talk about that. I’m black, very proud to be black, standing within the tradition of other black writers. That’s my culture, that’s my ethnicity, that’s my struggle, that’s my tradition, that’s my literature, but don’t use that as an excuse not to explore that tradition.”

“All of it hurt,” he said of the bad reviews of Between the World and Me. “Eventually I figured out that they were aiming at the gaze of white folks. I didn’t account for how much that sh*t controls everything. I can’t tell you how many times I’ve gone somewhere and the question has been ‘What’s up with white people reading your book?’ It alters everything. You’re talking about money right there. But I think on top of that it’s the prestige part. ‘Oh, you’re a MacArthur genius now?’ Now people have to look at you a certain way and talk to you a certain way, and that has nothing to do with what you’re actually saying. People start shouting out your name and they ain’t even talking about you.”

Coates says his writing will soon make him no money

On whether or not he’s worried about his writing going further than his audience is ready go: “No, because I wrote for 12 years and had no audience. I’m prepared for it to go. I loved writing before this and I will love writing after this. I loved it when it made no money. I love it now that it makes more money. I will love it when it goes back to making no money again. It’s not for that. And the minute you let them take it from you, the minute it becomes for them, you are lost.”

50 Cent found out the hard way. See why here. 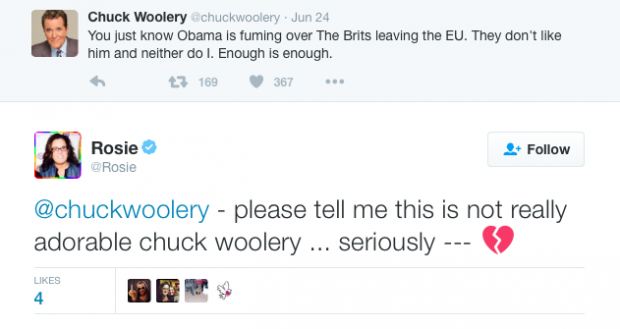 English translations regarding Donald Trump being a testicle 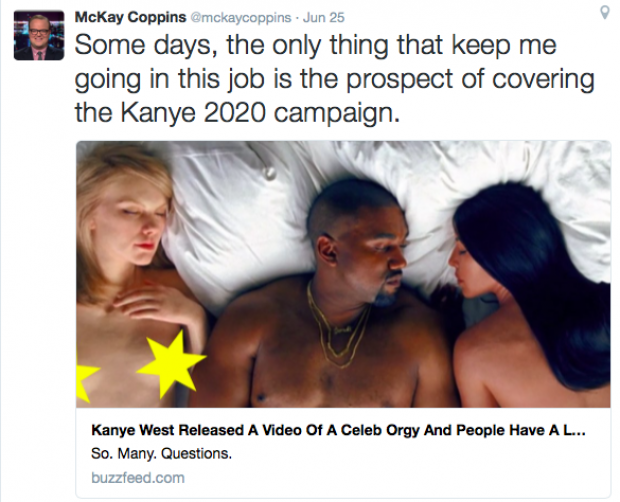 “Every damn skit on the #BETAwards has bombed. Every. Last. One. Who is writing these?” — TV One’s Roland Martin.