The Black Lives Matter Network released a statement on Friday addressing the Dallas police attack and the shooting deaths of Alston Sterling and Philando Castile.

The Network writes that it “advocates for dignity, justice and respect.” (RELATED: Dead Shooter Identified, Three Suspects In Custody)

“As we have done for decades, we marched and protested to highlight the urgent need to transform policing in America, to call for justice, transparency and accountability and to demand that Black Lives Matter,” the statement reads. “In Dallas, many gathered to do the same, joining in a day of action with friends, family and co-workers.” 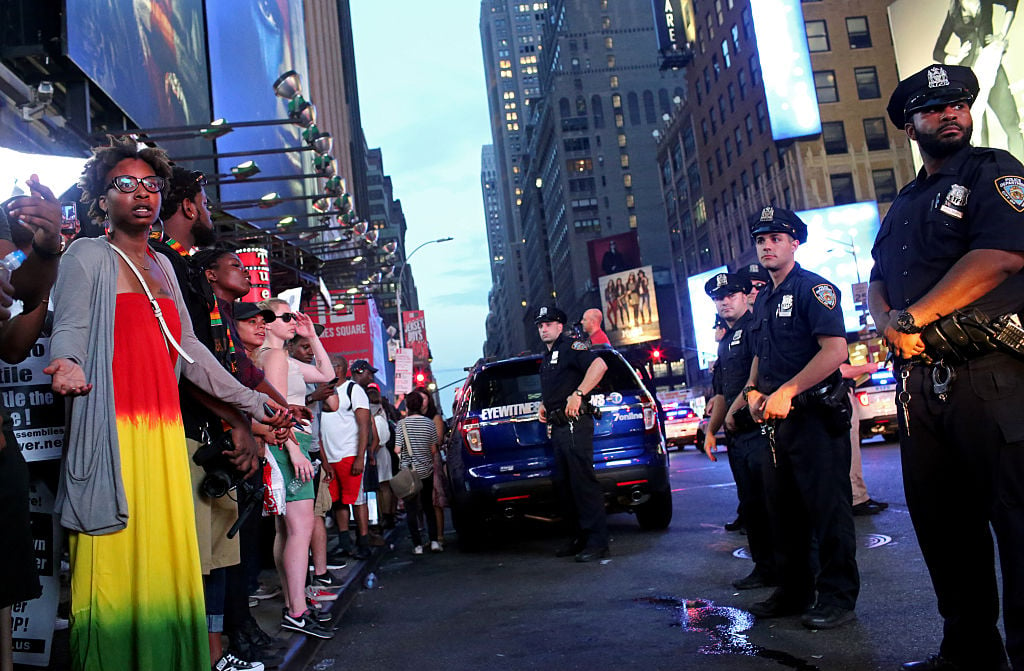 BLM called the attack a “tragedy — both for those who have been impacted by yesterday’s attack and for our democracy.”

There are some who would use these events to stifle a movement for change and quicken the demise of a vibrant discourse on the human rights of Black Americans. We should reject all of this.

Black activists have raised the call for an end to violence, not an escalation of it. Yesterday’s attack was the result of the actions of a lone gunman. To assign the actions of one person to an entire movement is dangerous and irresponsible. We continue our efforts to bring about a better world for all of us.

The BLM statement’s rejection of the murder of five Dallas police officers displays a very different attitude on civilian violence against law enforcement.

During the rally, protesters carried signs reading “End White Supremacy” while chanting anti-cop rhetoric, like “pigs in a blanket, fry ’em like bacon.”

It should be noted that though the BLM accredited the Dallas attack to the work of a “lone gunman,” police are currently holding three suspects in custody.

A fourth, who has been identified as Micah Johnson, was reportedly killed by an explosive detonated by Dallas PD.