“Yes, I’m coming to the defense of the defenseless. That includes [Micah] X. Johnson who has been accused of shooting about 12 police officers,” Gatewood wrote on Sunday. Gatewood is not confident of Johnson’s guilt saying, “Even if [Micah] was carrying a gun or [rifle], that in of itself does not prove he murdered the police officers.” 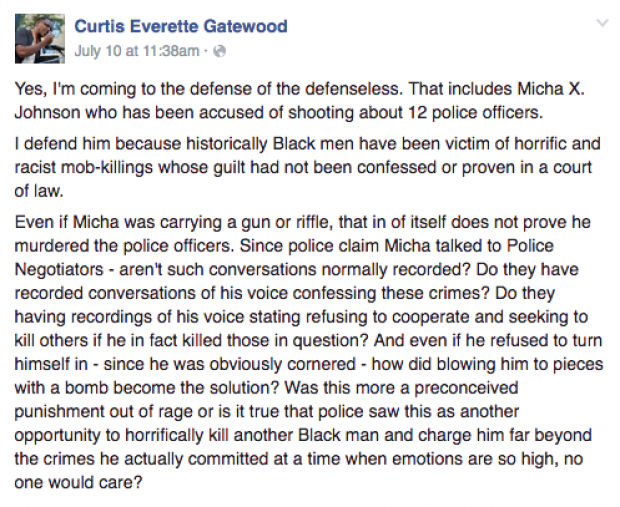 Gatewood then took to Facebook on Monday to describe Johnson’s killing as “murder by police.” “Make no mistake, by taking this Black ‘suspect’ and demonizing and using a killer robot to blow him up in this unprecedented and barbaric manner and without a trial in a court of law is the truest and most literal example yet of a ‘high-tech lynching,” Gatewood wrote.

He goes on to call Clarence Thomas “the most vicious Uncle Thom to ever serve.” 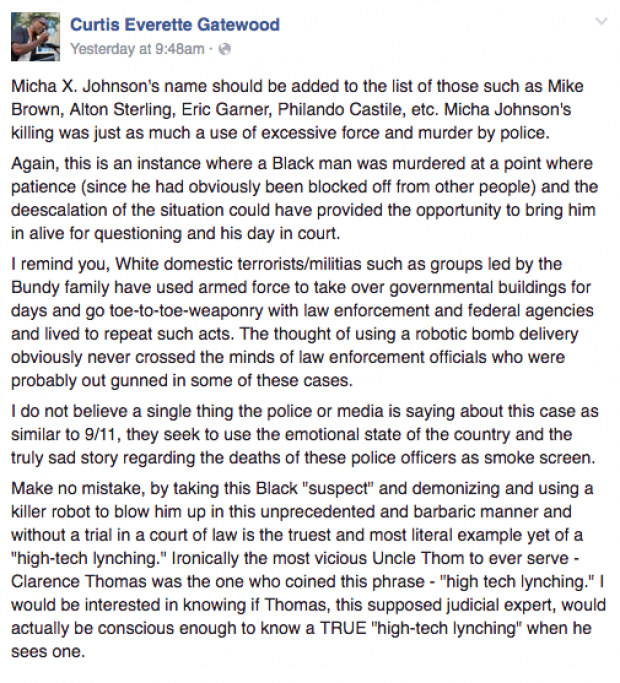 On the day after the shooting, Gatewood also wrote on Facebook, “Let me say this to all people who love justice. We do not know what happened to those police officers who were shot in Dallas, TX. I do not believe or trust what is said or concluded by media and the police.”

Gatewood’s website states that has received multiple NAACP awards, including NAACP Branch of the Year and NAACP President of the Year.

The North Carolina NAACP has returned a Daily Caller request for comment.