Donald J. Trump is officially the Republican nominee. For the next three and a half months, he will go head to head with the former First Lady and Secretary of State, Hillary Clinton. Or, as she is known to Trump supporters across the nation — “Crooked Hillary.”

Clinton wants to spread the message “Hillary for President.” But many folks prefer “Hillary for Prison,” especially after FBI Director James Comey spoke extensively about her wrongdoings as Secretary of State.

There is now a very cool way to participate in the “Hillary for Prison” counter-message. Based off the Netflix TV show about a women’s prison “Orange is the New Black,” Hillary is the New Orange has all of the gear any good anti-Hillary citizen needs for the run-up to November.

That’s right, you can now get your very own Hillary Clinton orange jumpsuit, complete with the words “Inmate HRC2016” Look at this: 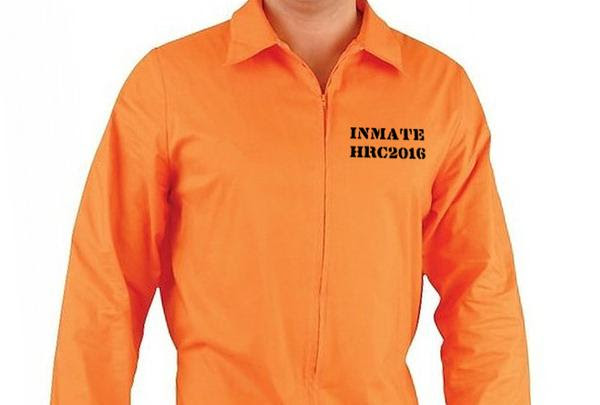 And yes, her name is on the back. 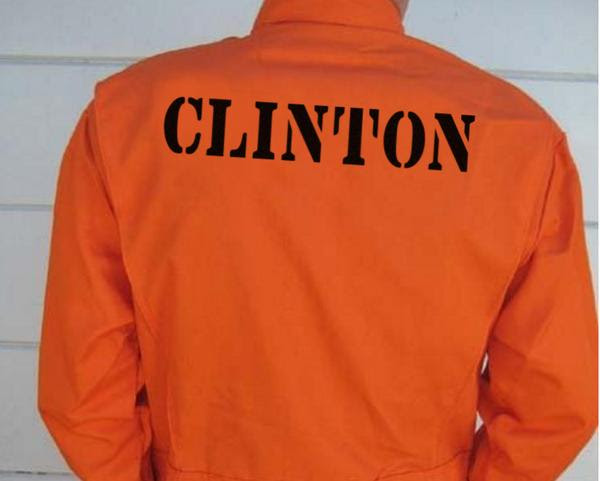 Hillary is the New Orange has three packages. “The Basics” gets you the jumpsuit. “The Works” gets you the jumpsuit, a Hillary Clinton mask and handcuffs. But surely the best is the couples costume. With the couples costume, “Two Crooks in a Pod,” you get the Hillary jumpsuit, mask and handcuffs as well as a Bill Clinton mask and light-up cigar, an homage to Bill’s favorite Oval Office accessory.

This outfit is a must-own for those committed to keeping Hillary out of office. (Also, Halloween is coming up, right before the election). Daily Caller readers can get an exclusive discount of 10 percent off with the code DCDEAL.

Everything about these jumpsuits is great, right down the fact that they were made in America, unlike Clinton Foundation donors. If voters don’t show up to rallies and the voting booth clad in these, it will be a serious disappointment.

Two Crooks in a Pod couples costume — $83.95 before discount