PHILADELPHIA — Hundreds of people were gathered outside the perimeter of the Democratic National Convention Tuesday night to protest the nomination of Hillary Clinton for president. Some were stranger than others.

The Daily Caller News Foundation interviewed one irate protester, who sported a hammer-and-sickle T-shirt and had a face covered in piercings. The man, who identified himself as “Anonymous,” said he was marching to protect the U.S. from becoming a dictatorship. He also made the factually dubious allegation that Sen. Bernie Sanders had won the Democratic primary only to have it stolen by corrupt operatives.

“Bernie had more votes, don’t you understand that’s why he’s filing a lawsuit?” the man said (Sanders is currently not pursuing a lawsuit). When this claim was questioned, Anonymous doubled down.

“Man, you gotta wake up,” he said. “She’s being sued, dude … it means she didn’t rightfully win the the god-damned elections.”

Anonymous also claimed Clinton hadn’t officially been nominated by the Democratic Party (even though she was Tuesday afternoon) because there were still two days remaining during the convention.

“Get some news out of this fucking country, man. Don’t read our indoctrinated bullshit,” he said. “You guys are brainwashed as shit.”

The man claimed he had been arrested and was being represented by an ACLU attorney, a claim he backed up by showing a phone number scrawled on his arm like a tattoo. 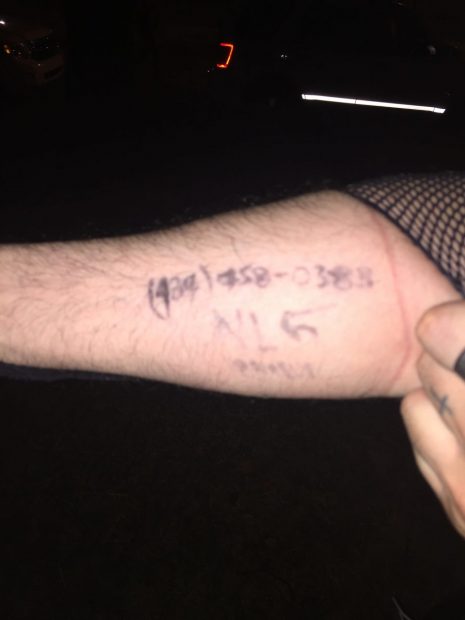 TheDCNF tried to call the number using several different combinations, but none of them worked.

Protesters didn’t fight the cops, who were decked out in riot gear and would have given them nasty boo-boos. 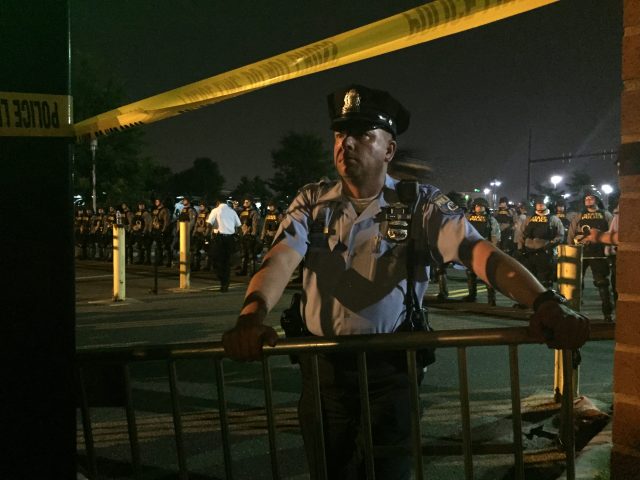 Instead, protesters sometimes argued fiercely with one another. At one point, protesters engaged in a very heated argument over whether to demonstrate right up against the gate outside the Wells Fargo Center, or if they should move about 100 feet away to a street intersection.

Some protesters said moving was necessary to avoid a violent clash with police, while others accused these protesters of being undercover FBI agents attempting to sabotage the demonstration. Eventually, several protesters sat down right in front of the gate, prompting a self-described “peace keeper” to intervene.

“Cops are liars!” one protester shouted. “They are allowed to lie to you.”

“I am a peace keeper!” another replied loudly. “I have to do my job.”

Many protesters gathered in a candlelight vigil, which eventually turned in a prayer service with prayers offered to the “Great Spirit.”

During this vigil, one protester was lightly pushed away by a security guard because she was blocking a cameraman’s live shot. The protester began to loudly yell that the guard had “hit” her and attempted to arouse a mob against him.

Fortunately, the woman leading the “Great Spirit” prayer was present to remind everyone they are “just people.

But she wasn’t so well received by everyone.

“I’m angry, and nobody else gets to tell me not to be angry,” the woman who had been pushed told her, ignoring her pleas for positive energy. “You’re telling me what to do, and I don’t like it!”

One demonstrator was definitely vibing good energy by helpfully handing out meals in paper bags, each of which contained a peanut butter sandwich, a clementine, and a piece of pound cake. TheDCNF’s hunger outweighed its caution, and these morsels were gleefully devoured. They were delicious. 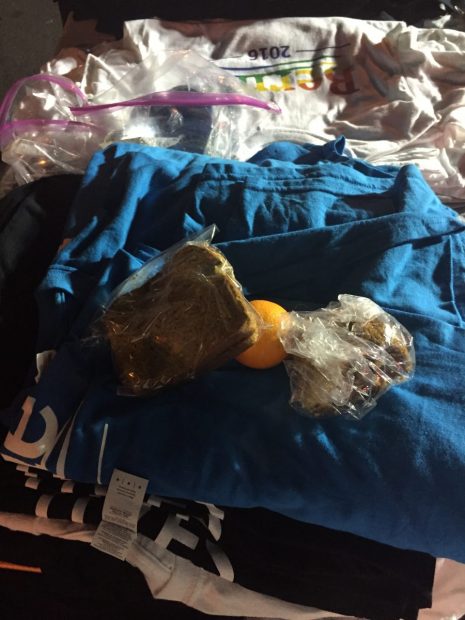 Not everybody in the rally was a left-wing or anarchist demonstrator. One man was distributing apocalyptic literature declaring that Donald Trump and Ben Carson were uniting to defeat Hillary Clinton, described in the pamphlet as the “Illuminati’s puppet Jezebel witch.” 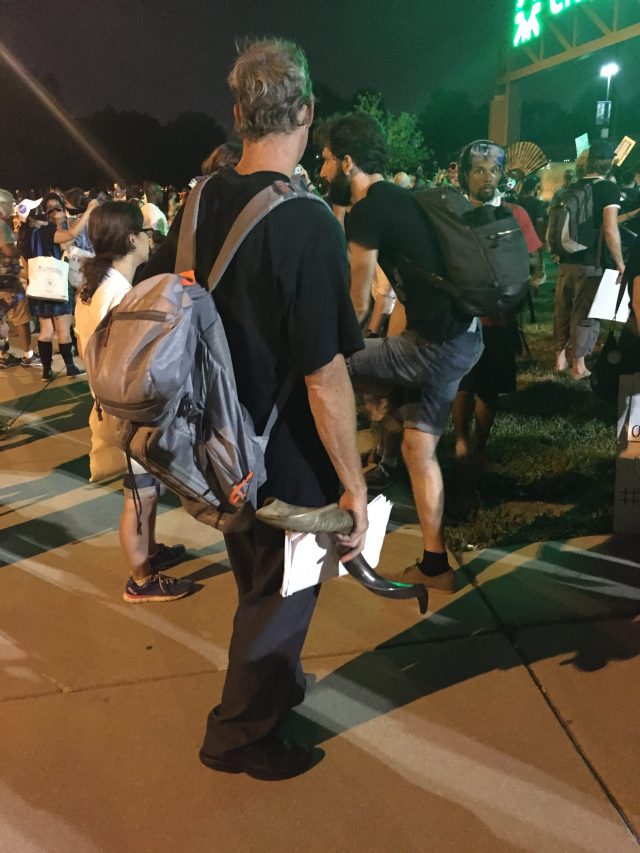 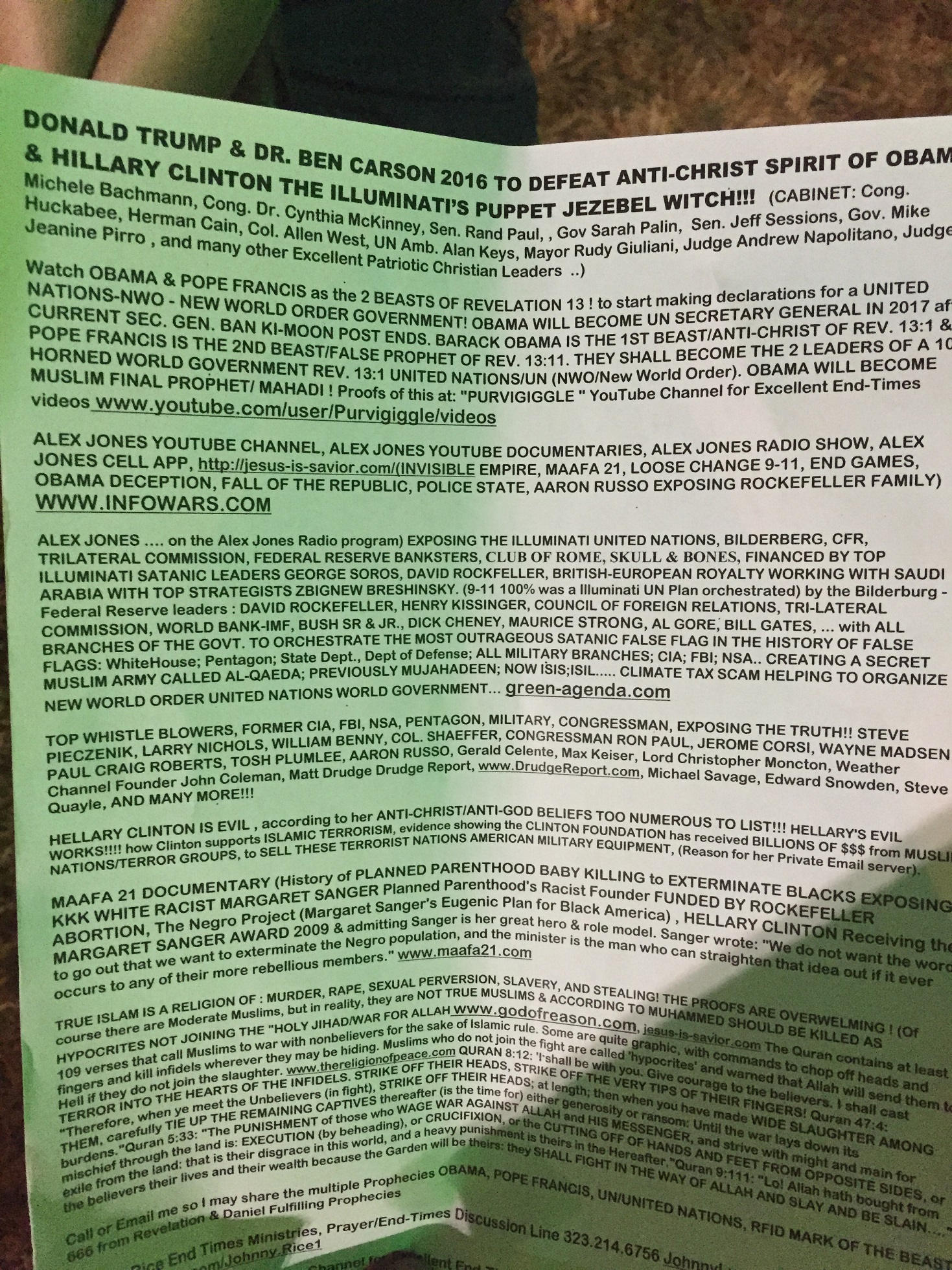 For a generally progressive crowd, the protesters threw away an awful lot of plastic water bottles. 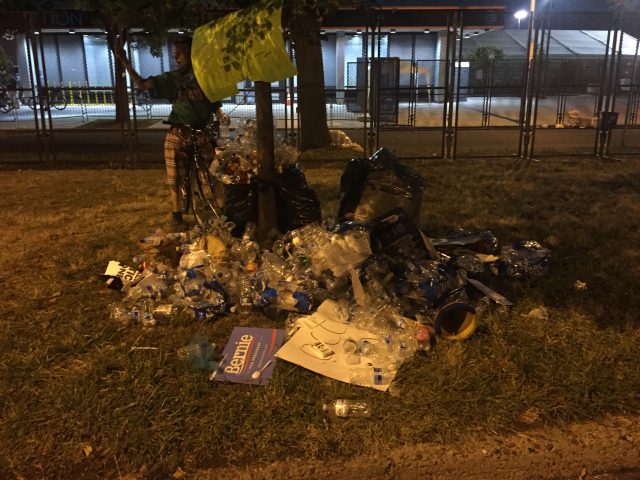 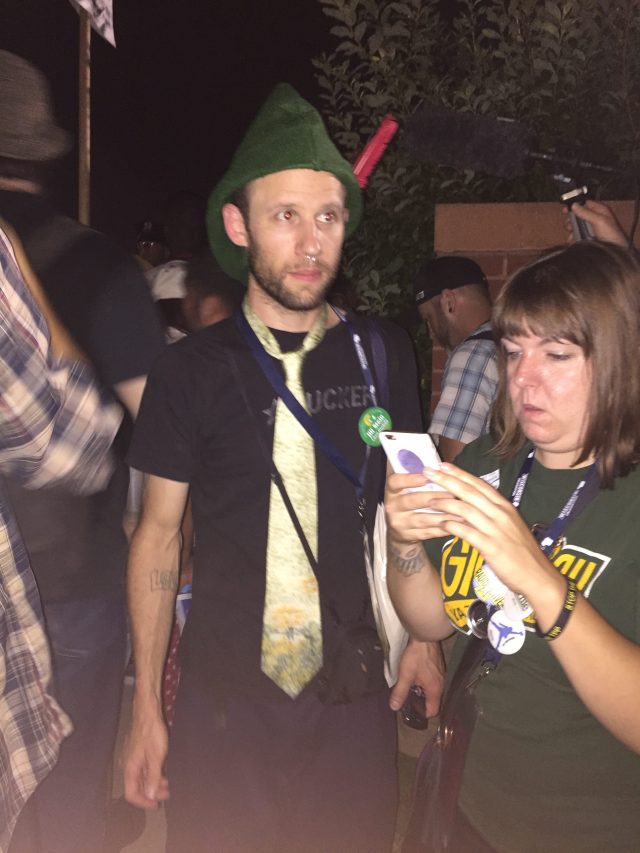