Thanks to actress Hilary Swank, Donald Trump‘s V.P. pick Mike Pence is being reminded of something really idiotic he included in his 2000 campaign paraphernalia.

“Time for a quick reality check,” Pence wrote. “Despite the hysteria from the political class and the media, smoking doesn’t kill. In fact, 2 out of every three smokers does not die from a smoking related illness and 9 out of ten smokers do not contract lung cancer.”

Swank’s instructions are as follows: “Take a picture of yourself in front of the tombstone of someone who died from a smoking-related disease. Tweet the image with, ‘Hey @Mike_Pence #quitblowingsmokeabouttobacco.’ Screenshot the post.”

See some examples below: 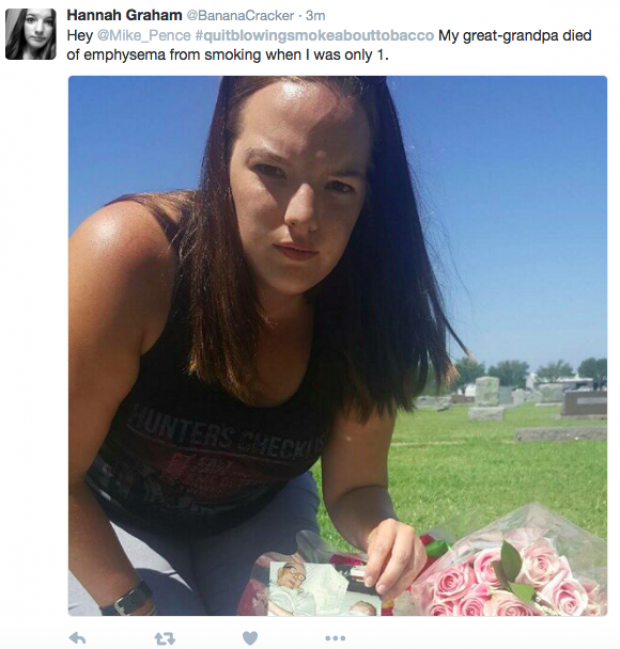 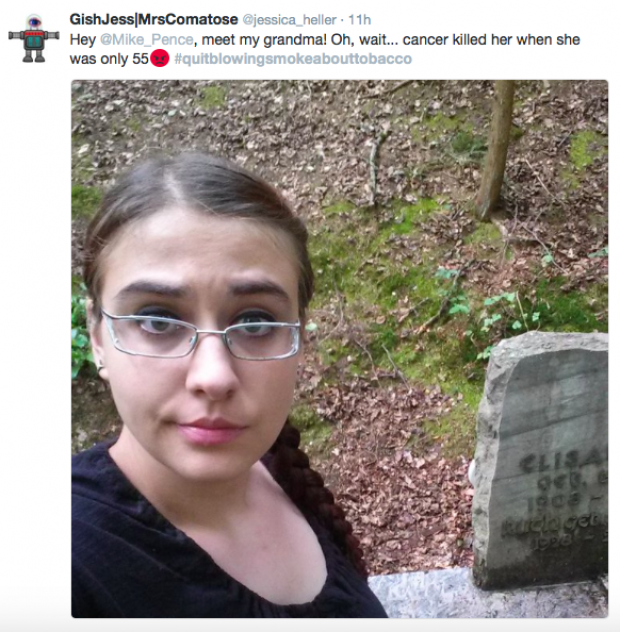 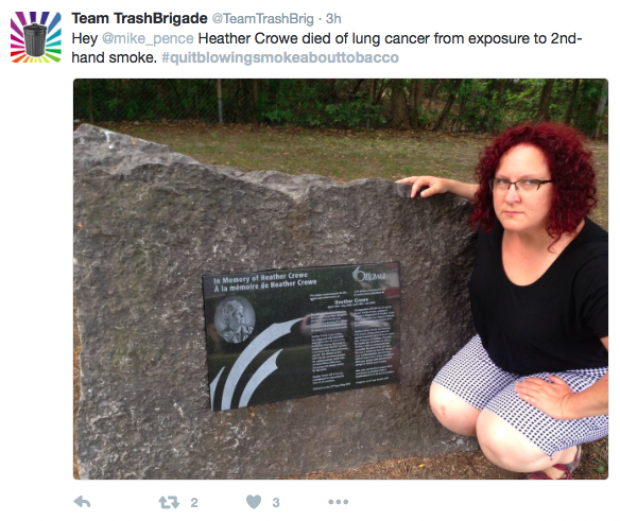