Gwen Stefani opened up about her divorce from Gavin Rossdale and her relationship with Blake Shelton.

In an upcoming article with Cosmopolitan magazine, the 46-year-old singer said while people have assumed her divorce is because of rumors of an affair her husband had with the nanny, no one knows what really happened and believes people would be shocked if they did know. (RELATED: Gwen Stefani Reveals How She And Blake Shelton Got Together) 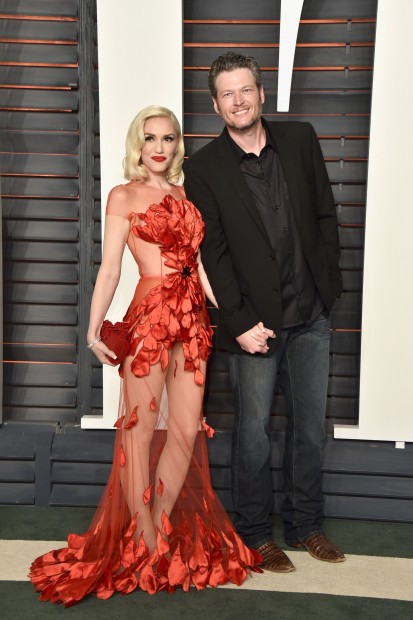 “Nobody except for my parents, the people involved, and whoever they told,” Stefani said. “Nobody would believe it if I could really say what happened. I went through months and months of torture.”

“All you have to do is listen to every single song I’ve ever written and it’s all there,” she added. “It’s an ongoing theme that I’ve had for a long time.” (RELATED: Blake Shelton Says Gwen Stefani Saved His Life)

The singer then talked about her relationship with country singer and fellow “Voice” judge Blake Shelton.

“I hardly knew him,” she said. “But it was like it was in the air — happening before it happened. We were both having trust issues, as you would if you were us.”

“It was like, ‘I have so many problems,'” she continued. “How can I now be getting into another potentially huge problem? What am I doing?'”

The couple recently wrote a song together that has been topping the country charts with, “Go Ahead and Break My Heart.”

“Blake wrote the song and sent it to me,” she said. “He was like, ‘Help me finish it.’ I wrote a verse and sent it to him, but he was gone because he doesn’t live in L.A.”

“He didn’t have Wi-Fi, so he wasn’t answering me back,” she added. “As soon as he came back to town, he brought his guitar over. We were like, ‘We wrote a song together! This is crazy!'”