Bob Costas reportedly once caught a beer can hurled at him by a heckler and immediately chugged it before throwing the empty can back at the heckler.

The Washington Post revealed the story about Costas in a long profile. According to the Washington Post, “At the Belmont Stakes in 2011, someone threw a can of beer at him, and he caught it one-handed, opened it, chugged some, lobbed it back from the victory stand, and proceeded with his interview of the winning jockey and trainer.” (SLIDESHOW: Derek Jeter’s New Wife Loves Showing Off Skin) 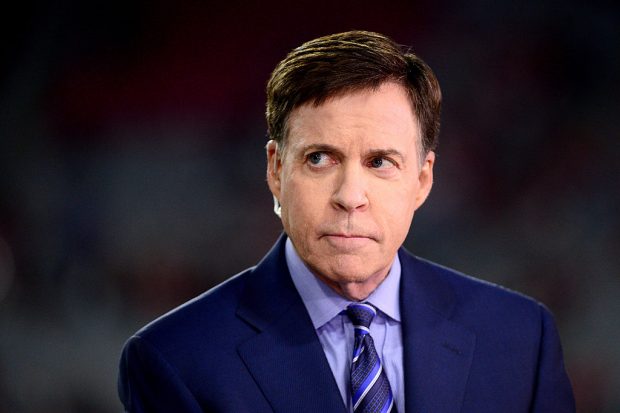 This story from the Washington Post is absolutely incredible, but it’s unclear if any video evidence corroborating the story exists. The Belmont Stakes is covered with cameras everywhere, and yet there’s not a single publicly-available video of Costas’ interview where he drank the beer.

Lets just hope it happened though because if it did then Costas has cemented himself as a broadcasting legend.