Zika is a mosquito-transmitted virus which broke out in Brazil early in 2015, but that did not stop the Rio opening ceremony from rolling out massive, human-controlled insects resembling mosquitoes.

Rio performers guided the giant insect puppet, seen below, which was supposed to be a representation of the diversity of life in the Amazon region. 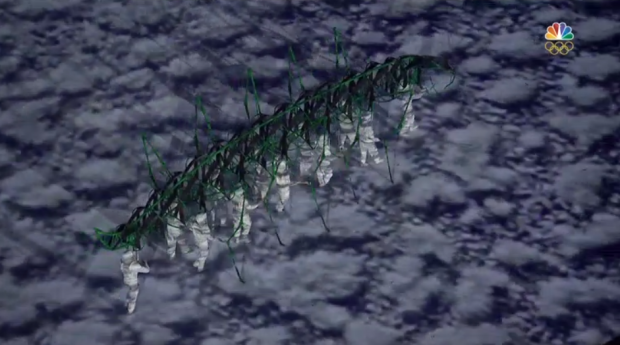 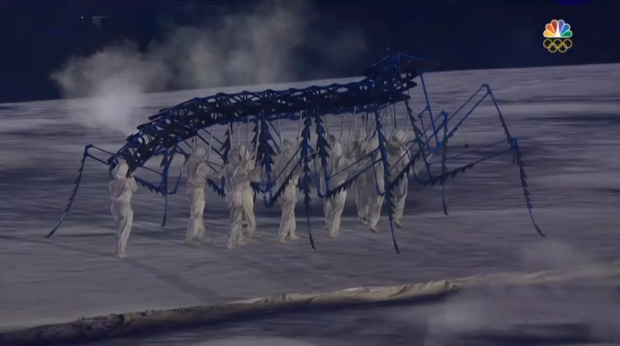 A Brazilian sports minister desperately tried to calm athlete and tourist fears over Zika leading up to the Rio de Janeiro Olympics in early June, as Brazil reported 3,893 suspected cases of microcephaly in 2015. Still, the representation of giant insects resembling the carrier of Zika provoked ridicule from Twitter users.

They were cool but you’d think a country facing a Zika epidemic might not start by highlighting insects. #OpeningCeremony #Olympics2016 #Rio

My dad: “are those…..insects…..is this a tribute to zika…..” #OpeningCeremony

As odd a decision as it was to use enormous insects during the prologue, the Rio ceremony also featured a representation of microbial life on the floor of the arena. Apparently, Twitter users also found this part of the introduction a bit too viral, in nature.

Wait is that meant to be the Zika virus or???#OpeningCeremony #Rio2016 pic.twitter.com/1T6YoLsdPK

The picture in the tweet above shows the disproportionately large microscopic creatures growing and multiplying before the audience.

Given the concerns about Zika, I’m not sure starting the opening ceremony with puppets of microbes was the smartest idea ever. #Rio2016

There is little scientific evidence on Zika but it does cause microcephaly in babies born to women carrying the virus. Microcephaly causes abnormally small brains and is linked to various neurological problems.

Researchers believe that Zika can be transmitted sexually in addition to Mosquito transmissions, but scientists have not yet been able to craft a vaccine. Trials for vaccines have recently found promising success however, as a successful clinical trial in monkeys have led the National Institutes of Health to begin human testing.