President Barack Obama took advantage of some vacation time over the weekend to join up with Los Angeles Clippers’ point guard Chris Paul on a Martha’s Vineyard golf course.

Obama and Paul played a round with Washington lawyer Cy Walker and White House aide Joe Paulsen, two of Obama’s regular golf partners. The round was Obama’s 300th since taking office, according to CBS News White House correspondent Mark Knoller. Dwight Eisenhower is the only commander in chief who played more while in office, recording 800 rounds in his two terms. 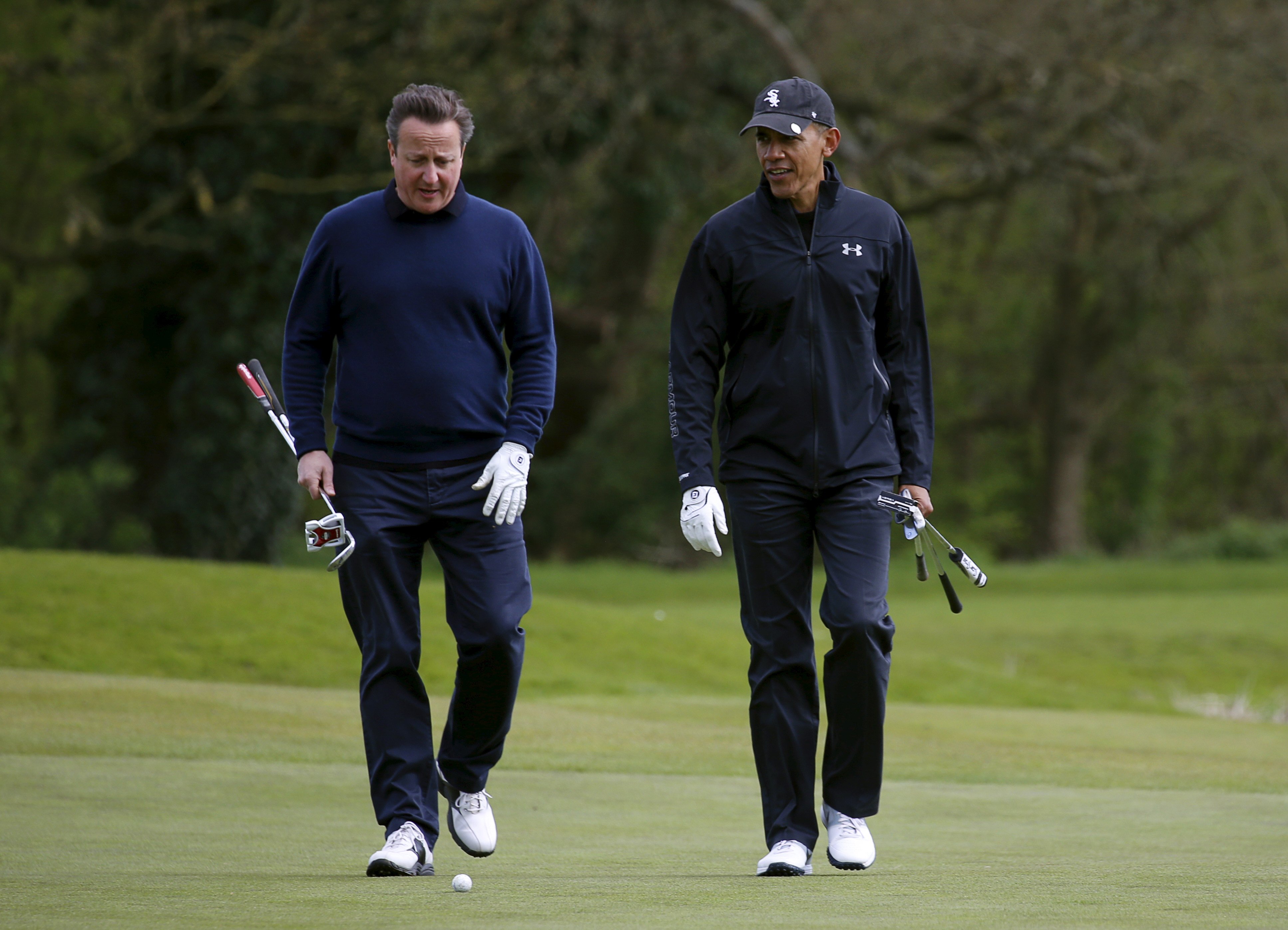 Obama rarely plays with other politicians, preferring to take advantage of some time outside the “White House bubble,” Knoller writes. He invites members of Congress on occasion and has played with Vice President Joe Biden just seven times of his 300 rounds while in office. The president played in April this year with now former British Prime Minister David Cameron at the Grove Golf Club just north of London.

Current and former White House aides are reportedly his most frequent golf partners. Obama also likes to play with friends from Chicago and Hawaii, as well as sports figures like Paul.

The president is said to be a leisurely golfer, spending somewhere between four to six hours on the course. That’s roughly 1,500 hours over the course of Obama’s two terms.

“He shoots in the mid-80s to low 90s,” an occasional Obama golf buddy told Knoller, speaking anonymously. That’s not bad for a man with the most important job in the United States.