About a week ago, CNN “Reliable Sources” host Brian Stelter went on “New Day” to talk about something seemingly traumatic that happened to him a decade ago: He went on dates with a woman.

Perhaps it was two or three dates — he never said how many times the young maiden deceived him. He may have gotten to first base. Or no bases. He didn’t reveal how much the woman exploited him with her cable news network prowess.

As he described her, she was a “low-level” female employee who worked at Fox News. He had a crush. He said she went on dates with him not because she was interested in dating him — or even having casual sex — but as a spy. She was allegedly doing reconnaissance for Fox News executives.

At the time, Stelter was a student at Towson University. He was writing a blog called TV Newser. 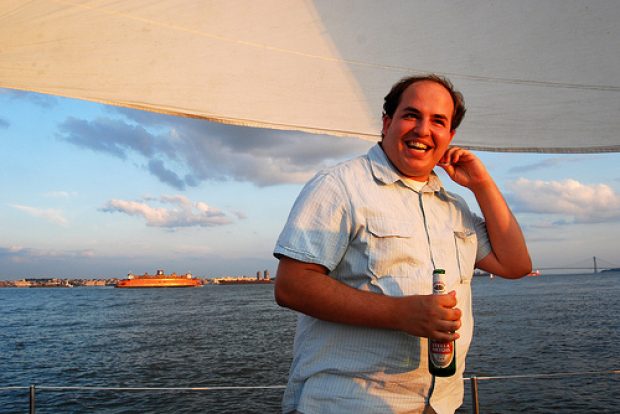 Stelter later explained the woman told him that she had been ordered to go out with him to collect data.

“She was reporting back,” he said. “They were actually spying on me.”

Stelter, ahem, bravely spilled the news in the context of ousted Fox News President Roger Ailes, who recently resigned after ex-anchor Gretchen Carlson accused him of sexual harassment. What emerged from that can of worms wasn’t just other women who say he also harassed them, but alleged files on reporters like Stelter written up by apparently executive spies who would stop at nothing to gather information on their prey.

Stelter told CNN’s Chris Cuomo: “I was going out on what I thought were dates. Chris, I thought these were dates. These were not dates. She was actually reporting back to Fox News about me. She was reporting back about what I thought of her and about CNN and MSNBC and Fox. Because I was a reporter on the beat, they were actually spying on me that way. Now I didn’t think that was a big deal at the time. I thought it was the way Fox operates. Fox is a political organization. But now we know they were actually sending out private investigators. They were tailing other reporters.”

Wait…he didn’t think someone spying on him in the form of a date was a big deal?

In tweets, Stelter said he found out about the dating spy mission a year after she left Fox News.

“No hard feelings,” he wrote. 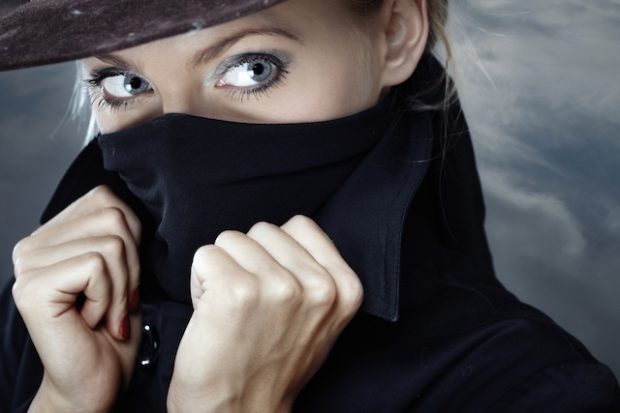 Indeed, all these years later, Stelter doesn’t blame the woman who allegedly dated him under false pretenses — whom he chivalrously protects from the media spotlight — he blames the execs at Fox News who allegedly came up with this incredibly intricate spy mission to pry info out of a fat, balding college student with a blog.

Like a game of telephone, the tale kept getting worse and worse. To the point where New York magazine wrote: “CNN Anchor: Fox News Tricked Me Into Thinking I Had a Girlfriend.”

“This is insane, and literally unbelievable, meaning I don’t believe it,” a media industry source told The Mirror. “He’s the least real person at CNN.”

Still, another source with a good vantage point on all this, told The Mirror that sending women out on dates for spy missions was never standard practice within the FNC PR department. But in this instance, the person thinks Stelter’s claim is plausible.

And another media insider asks: “Why didn’t he write about this when he [first] learned he were being spied on? Why wait to reveal this now?”

The Mirror probed Stelter with more questions on the matter — none of which he answered.

Here’s what I asked him:

1. Why are you not revealing who she is?

2. Did she try to have sex with you or get physical? I mean why did you think these were dates?

3. Did she indicate then or a year later what kind of information she or her superior spies were looking for?

4. Did Fox News PR specifically order her — go date him and report back to us?

5. Did she ask you out or the other way around?

Questions Stelter is not responding to actually matter. For instance, if sex was involved, there could be moral if not legal ramifications for nasty things like STDs, pregnancy and such.

If this was a quaint holding hands scenario in which she caressed his face as he whispered sweet ratings into her ears, well, that’s another story altogether.

And a pretty nerdy one at that.