There are so many levels of psychosis in the conversation between ex-Secret Service agent and congressional candidate Dan F-Bomb Bongino and Politico reporter Marc Caputo that even Carl Jung would be left scratching his head.

Caputo began asking Bongino, a GOP candidate vying for the seat representing Florida’s 19th district, about a story that appeared in the Naples Daily News that Bongino said was filled with “propaganda.” The premise of the story was that the candidate lacked financial support from the district. Caputo and Bongino began arguing on Twitter. The conversation eventually moved to a tape recorded phone call that appeared Monday in Politico.

It took awhile. But here is what happened when Bongino really lost his shit on Caputo: 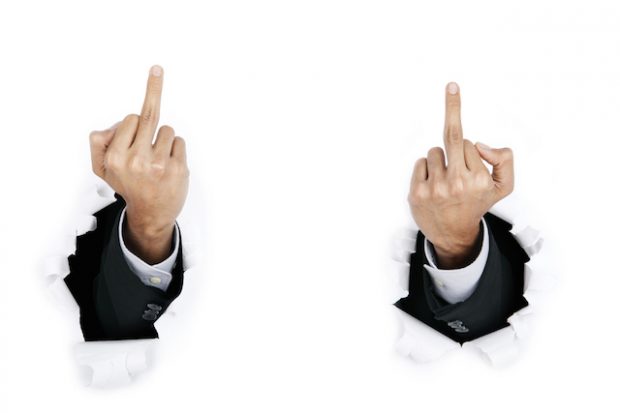 And that was just the last 30 seconds of the phone call.

There’s so much more.

“I promise you, you will rue the day you lied about me.”

“You’re nothing but a liar hack journalist.”

“You were that kid who was beaten up in high school.”

The Mirror will analyze more of this later…

In the meantime, I’ve asked Caputo for a comment.

Specifically, I want to know whether the reporter takes Adderall, which Bongino accused him of in the course of his rantings, along with verbal diarrhea.

We can only hope and pray this guy gets elected.