The AC wasn’t working so well. Suffice it to say there was lots of sweating.

“It’s a locker room in here,” one guest remarked.

A man in stripes sweated clear through his dark button-down shirt.

Did they forget to pay the bill?

At the door greeting partygoers at the gorgeous rowhouse was Breitbart‘s Washington Politics Editor Matthew Boyle who was gabbing with Bloomberg Businessweek’ Joshua Green, the reporter who wrote a favorable profile of Breitbart CEO Steve Bannon, who now runs Donald Trump’s presidential campaign. The story was a coming of age piece about Bannon and foreshadowed his power.

Boyle, who appeared to be in a jolly mood, was overheard telling Green, “It appears that Hillary Clinton is walking into the honey badger’s den.”

For sustenance there was an open bar and a waitstaff who doled out finger foods that included miniature hamburgers, crab cakes, shrimp, egg rolls, meat on sticks and cut up oranges. In the kitchen, there was more food and a man who completely owned a large plate of elaborate and beautiful sashimi. He could barely speak he was downing so much of it. It’s safe to say if anyone else ate sushi, they encountered his DNA.

For much of the party, Coulter, dressed casually in jeans and a stomach baring sleeveless dark gray top, happily signed her book and hugged and greeted fans.

There was a reporter who, every time he saw me, felt the need to shout, “GET OUT OF HERE.” He’s one of my coworkers and his name rhymes with beer.

Rosie Gray was the lone BuzzFeed representative. She acted unfazed when I wondered how a BuzzFeed reporter got into a Breitbart News party. “I just asked Matt Boyle,” she replied. Indeed, she was spotted engaged in what my tipster said was a “serious” conversation with Boyle later in the evening.

Breitbart’s always charming Neil Munro was spotted chatting up a storm in the corner of the room in a brand new blazer that he purchased in LA for an undisclosed amount of money. When asked about the current events at Breitbart News, he kept saying, “I have nothing to say.” When pressed every few minutes, he repeated the same phrase: “I have nothing to say.”

Amazingly, Bannon chatter was scant. But a reporter from another publication dissed Breitbart, saying, “If I worked at Breitbart I’d be shocked and upset, but I don’t.”

Breitbart podcaster Sonnie Johnson was outside on the patio decked out in a spirited “Make America Great Again” style American flag dress. 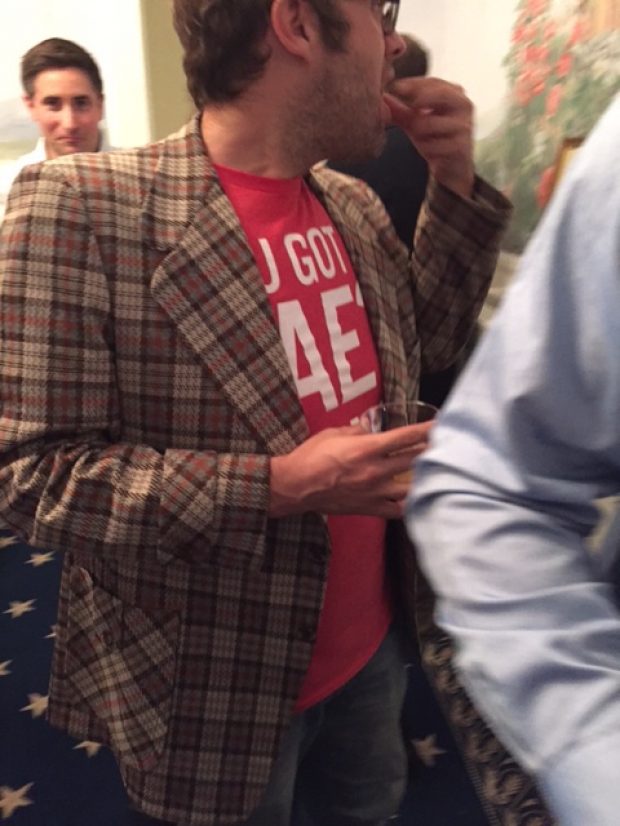 Blazerman samples the cuisine with Australian-bred Jonathan Swan peeking over his shoulder in the lefthand corner of the picture. 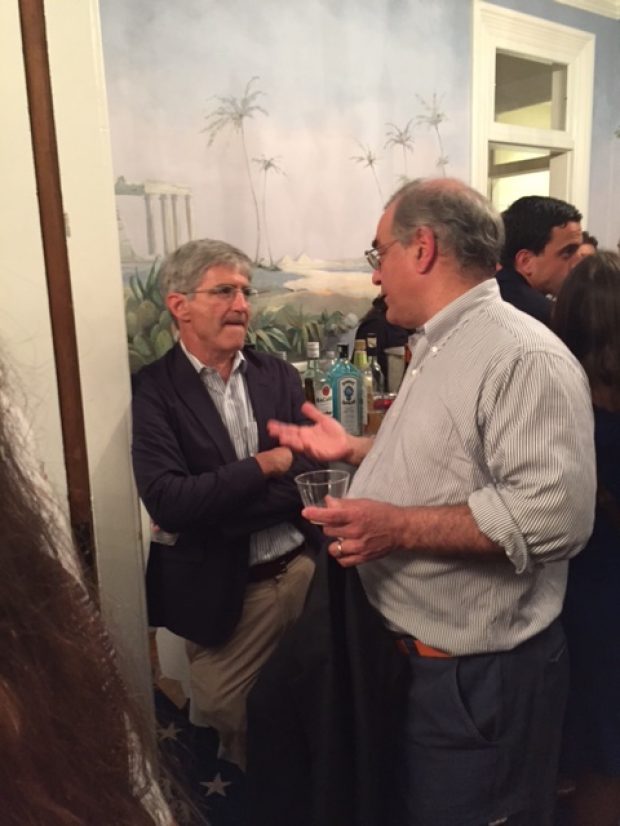 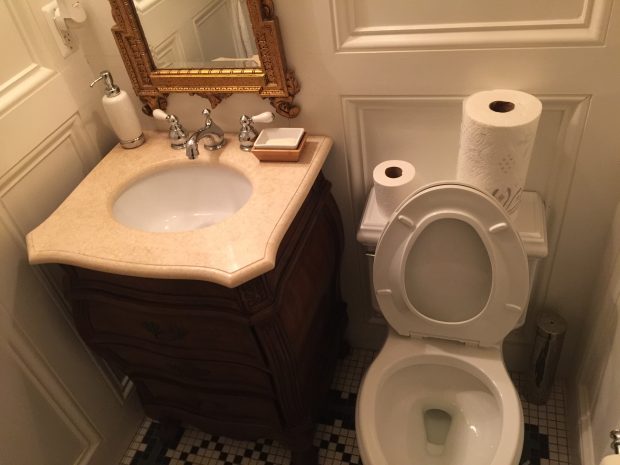 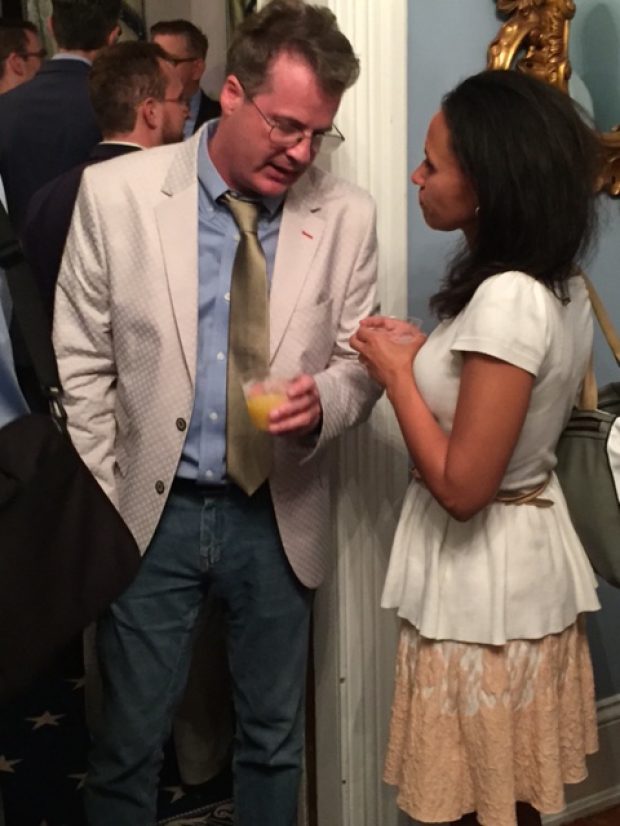 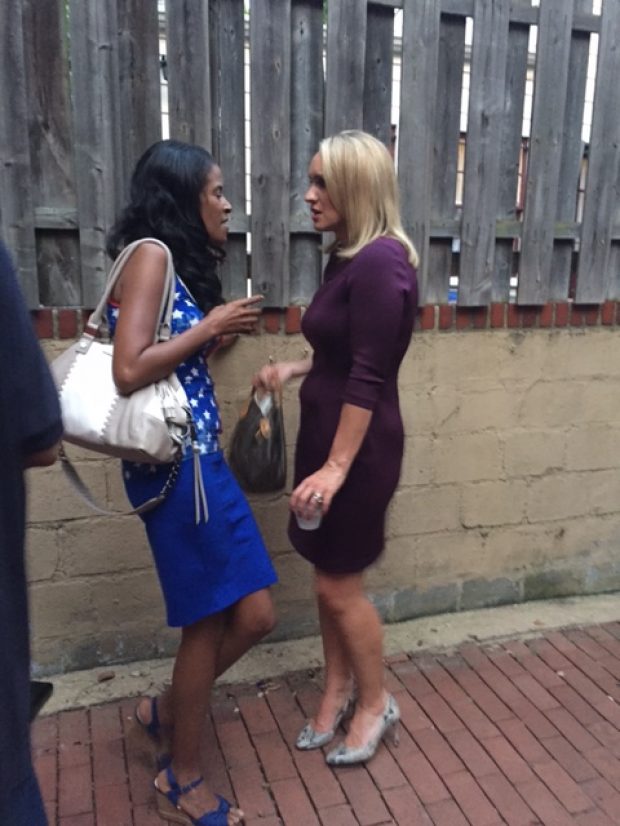 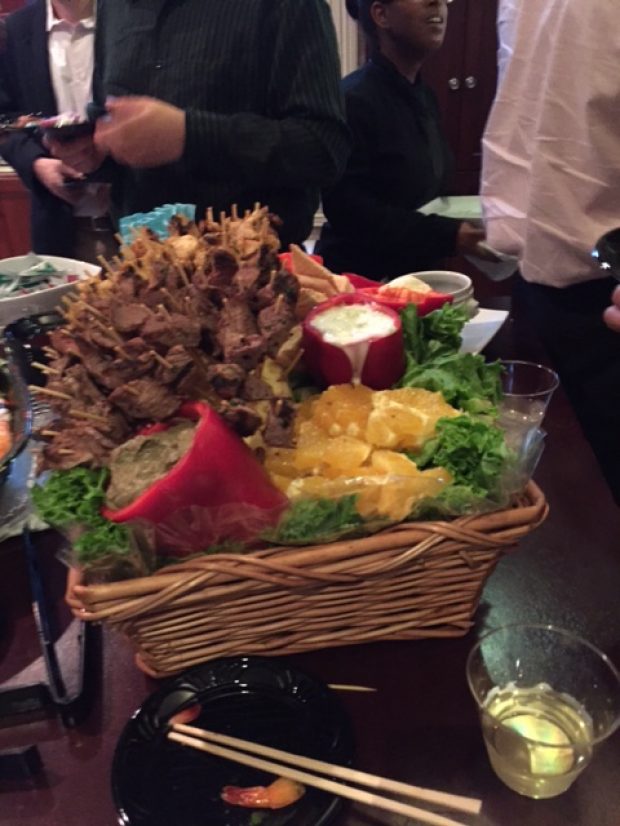