The Philadelphia Police Department (PPD) is investigating one of its own after photos depicting a bike cop with alleged Nazi ink surfaced Wednesday night.

The images of Officer Ian Hans Lichtermann show a tattoo of the word “Fatherland” and a Reichsadler Eagle spanning the length of his left arm. Hitler’s Nazi regime used the symbol — also referred to as a ‘Nazi war eagle’ — on everything from propaganda to military uniforms.

.@PPDCommish hi can you please explain why one of your officers, ian hans lichtermann, has a nazi tattoo on him? thx pic.twitter.com/CK9nAuiCGW 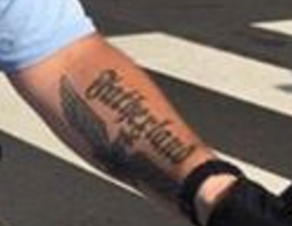 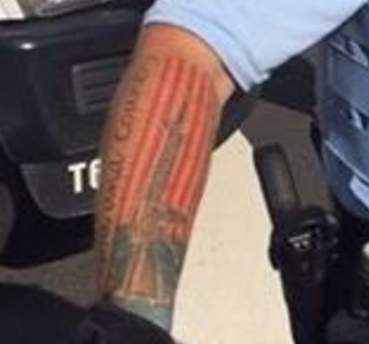 “The imagery on display in the tweet is disturbing,” Kenney said Thursday. “In this environment — in which open, honest dialogue between citizens and police is paramount — we need to be building trust, not offering messages or displaying images that destroy trust,” he added.

The PPD said they will begin an internal investigation in a statement posted to Facebook. But Litchermann is not suspended at this time, Officer Tanya Little told The Daily Caller News Foundation.

The Department does require applicants to list whether or not they have tattoos during the hiring process, but they do not have to distinguish what the tattoos are, Little said.

Another peculiarity of the case surrounds Litchermann’s name tag. His last name is listed in the PPD database as “Litcherman” with one “n”, but he is depicted with two “n”s in all of the photos posted to the internet. The discrepancy could be due to human error in the database, said Little, but she is unsure.

The PPD doesn’t have a specific policy regarding tattoos for its officers, however, “the department will quickly move to assess and determine the appropriate policy moving forward,” according to its statement.