The second week of college football is officially in the books, and that means it’s time to take another look at the four best teams in America.

If the playoffs were held tomorrow these would be my four best teams for the bracket, and not much has changed. (SLIDESHOW: Get College Football Started Right With These Top 25 Ranked Cheerleaders)

The Michigan Wolverines have looked like the best team in college football through the first two weeks. The Wolverines thrashed Hawaii in week one and responded to that with an absolute 51-14 blowout of UCF. Quarterback Wilton Speight threw for 312 yards and four touchdowns and receiver Amara Darboh caught two touchdowns and 111 yards through the air. Head coach has Jim Harbaugh has the Wolverines back at the top of college football for the moment. If they beat eighth-ranked Wisconsin on October 1 then there will be no doubt they’re the best team in the country going into the meat of the schedule. 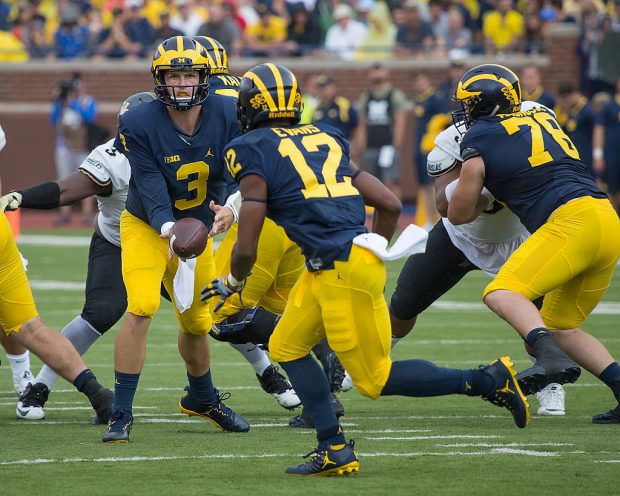 DETROIT, MI – SEPTEMBER 10: Quarterback Wilton Speight #3 of the Michigan Wolverines flips the football to running back Chris Evans #12 in the third quarter during a college football game against the UCF Knights at Michigan Stadium on September 10, 2016 in Ann Arbor, Michigan. The Wolverines defeated the UCF Knights 51 – 14. (Photo by Dave Reginek/Getty Images)

The Buckeyes rolled for a second straight week, and this time wrecked Tulsa to the tune of 48-3. Superstar quarterback J.T. Barrett threw for 149 yards and rushed for two touchdowns. Running back Mike Weber chipped in 92 yards on the ground. Ohio State arguably has the most talent in America on their roster, and they certainly have the best quarterback out of any of the top four teams on this list. However, they just haven’t appeared as smooth and seamless as Michigan for the first two weeks. It’ll be the biggest game in recent college football memory if Michigan and Ohio State are both undefeated when they meet for the final game of the regular season. 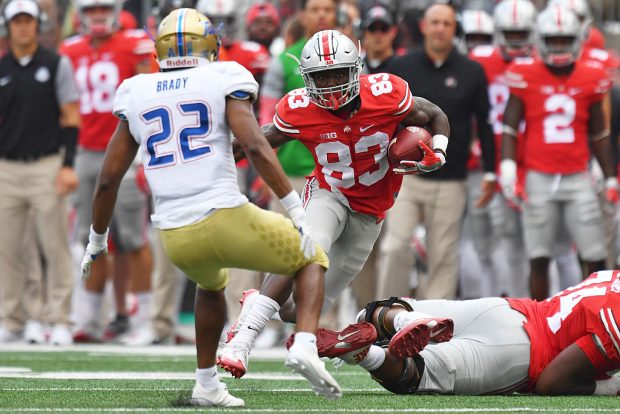 COLUMBUS, OH – SEPTEMBER 10: Terry McLaurin #83 of the Ohio State Buckeyes runs upfield after making a reception in the second quarter as Jeremy Brady #22 of the Tulsa Hurricane moves in to make the stop at Ohio Stadium on September 10, 2016 in Columbus, Ohio. (Photo by Jamie Sabau/Getty Images)

Alabama is a bit of an enigma of a team this early on. They crushed a bad USC team in week one and then let a horrible Western Kentucky team hang around well into the second half. Alabama has all the talent in the world and a great coach in Nick Saban, but things didn’t appear to be running smoothly for large portions of the game against WKU. Western Kentucky is considerably worse than several mid-major teams that were put away early by other teams on this list. Quarterback Jalen Hurts is a special talent but he hasn’t been tested against any serious defense. Unless Alabama loses they won’t drop out of the top four. Their first real test will be against Ole Miss on this upcoming Saturday and fans of the Crimson Tide better hope the Alabama team that played USC shows up and not the one from the WKU game. 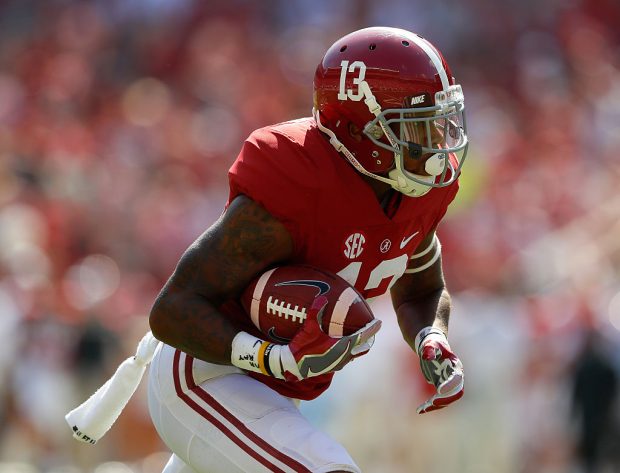 The Houston Cougars played a poor Lamar team in week two, but the most impressive part of the 42-0 victory was the fact it was done without superstar quarterback Greg Ward Jr. The Cougars worked the ground with running backs Kevrin Justice, Mulbah Car and Kyle Postma all rushed for more than 100 yards each and combined for five touchdowns. The hardest part of the Cougars’ schedule was the Oklahoma game and they had no trouble winning that game. They will certainly be in the playoffs unless they suffer an incredible upset at some point during the season. 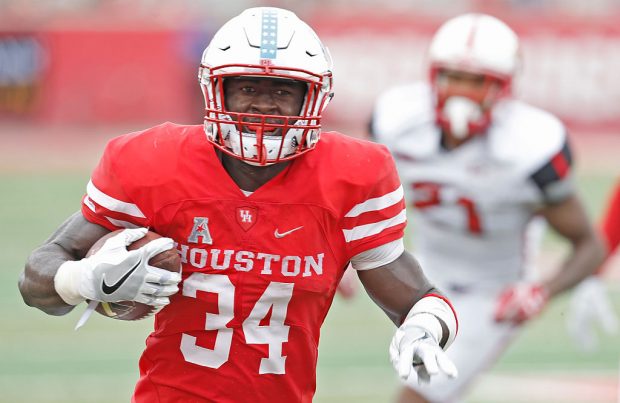 HOUSTON, TX – SEPTEMBER 10: Running back Mulbah Car #34 of the Houston Cougars rushes against the Lamar Cardinals in the second half at TDECU Stadium on September 10, 2016 in Houston, Texas. Houston won 42 to 0. (Photo by Thomas B. Shea/Getty Images)