Bruce Springsteen did not hold back when he called Donald Trump “a moron” and talked about who he was supporting in the 2016 election.

“Well, you know, the republic is under siege by a moron, basically,” the 67-year-old singer told Rolling Stones magazine in an upcoming issue. Adding, “the whole thing is tragic” when referring to the Republican presidential nominee. (RELATED: Bruce Springsteen Grants Song Request To Concertgoer Who Said ‘F*** Trump’) 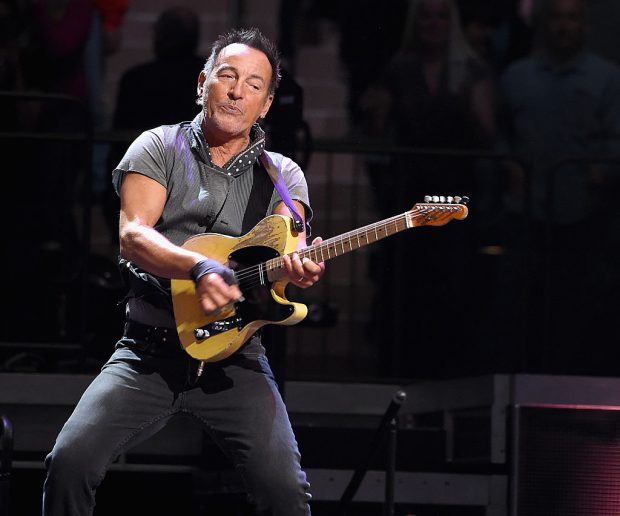 “Without overstating it, it’s a tragedy for our democracy,” Springsteen said. “When you start talking about elections being rigged, you’re pushing people beyond democratic governance. And it’s a very, very dangerous thing to do.”

“Once you let those genies out of the bottle, they don’t go back in so easy, if they go back in at all,” he added. “The ideas he’s moving to the mainstream are all very dangerous ideas — white nationalism and the alt-right movement. The outrageous things that he’s done — not immediately disavowing David Duke?”

“These are things that are obviously beyond the pale for any previous political candidate,” he continued. “It would sink your candidacy immediately.”

The singer then said blamed the rise of Trump’s popularity on the “deindustrialization and globalization” in the United States over the last 40 years.

“I believe that there’s a price being paid for not addressing the real cost of the deindustrialization and globalization that has occurred in the United States for the past 35, 40 years and how it’s deeply affected people’s lives and deeply hurt people to where they want someone who says they have a solution,” he said. “And Trump’s thing is simple answers to very complex problems. Fallacious answers to very complex problems. And that can be very appealing.”

Springsteen also disagreed that there was a lack of excitement for Hillary Clinton and said that he plans to vote for her in November.

“No,” he said. “I like Hillary. I think she would be a very, very good president.”