The New York Times made a huge blunder by mistakenly announcing that Charlotte, N.C., would be releasing footage showing Keith Lamont Scott was unarmed when he was shot and killed by police.

Charlotte police announced Saturday they were releasing their own footage of the Scott shooting, which has previously been concealed from the public. Scott’s family has maintained he was only holding a book when he was shot and killed, but police have consistently said Scott was carrying a gun.

At 4:48 p.m. EST, the Times blasted out a breaking news alert to announce the release, and bafflingly included the statement that Scott was unarmed. 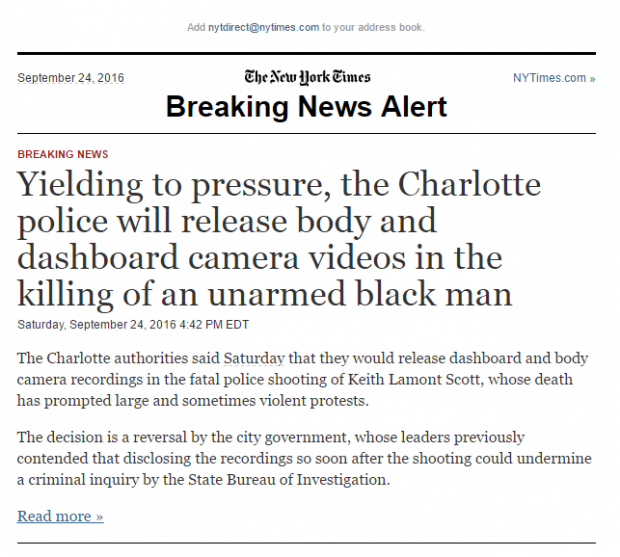 But thus far, there is no evidence Scott was unarmed. In fact, Charlotte Police Chief Kerr Putney said he was releasing the dashboard and body camera footage to provide conclusive proof that police have been telling the truth.

A full 22 minutes later, the Times sent out a follow-up news alert, correcting to say it was “unclear” whether Scott was armed. 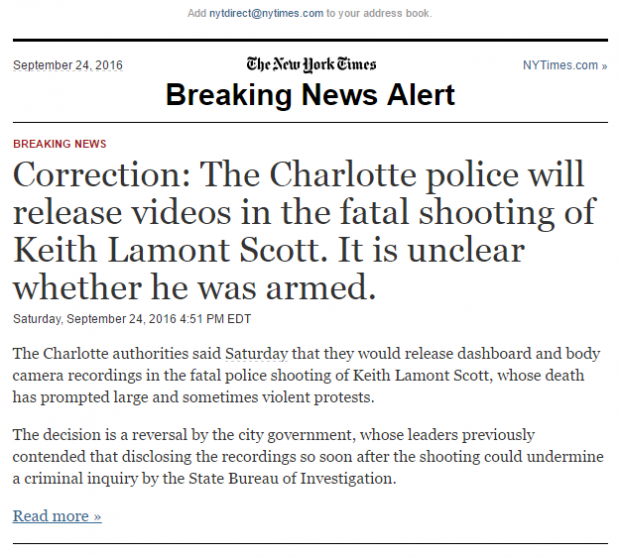 Even the corrected headline seems intended to perpetuate allegations that Charlotte police planted a gun on Scott’s body. A video released by Scott’s family Friday shows a gun lying on the ground next to Scott after he is shot, but MSNBC and other outlets have speculated the gun was placed there by police after finding Scott was unarmed.