“Ppl keep tweeting at me asking why I haven’t been on tv lately. Not up to me. I go when invited. Didn’t realize how long it’s been…”

— NYT‘s liberal columnist Charles Blow, who thinks it’s racist when no one sits next to him on the Acela.

“Please keep our investigative reporter, Irene Garcia in your thoughts and prayers. She’s in the path of #HurricaneMatthew. Stay safe Irene!” — Judicial Watch.

Here are some deep weather thoughts from the Media Matters Research Fellow.

“Every time theres a hurricane i think about the pre-satellite world, where people would have no idea a monster storm was en route. We take for granted the idea we can know days – weeks sometime – that a storm is coming. imagine a bright sunny day, hell storm in hours.” — Oliver Willis.

Sonny Bunch is executive editor of Washington Free Beacon. Rosie Gray is a reporter for BuzzFeed.

They’re reacting to this BuzzFeed story about the “tyranny” of top sheets. 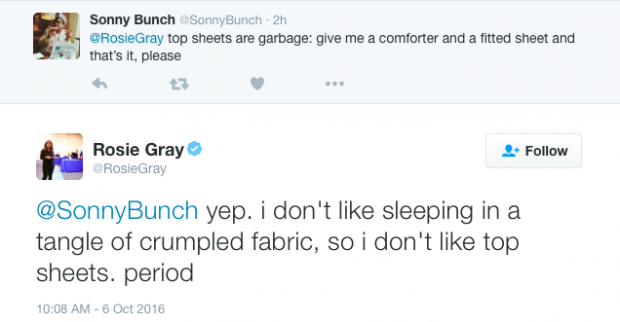 “What scares me about racist Jesse Watters segment, is that it prob wasn’t produced in a vacuum. Other people were like, ‘yep! looks fine!'” — HuffPost‘s Dana Liebelson.

Eddie Scarry is a reporter for The Washington Examiner. 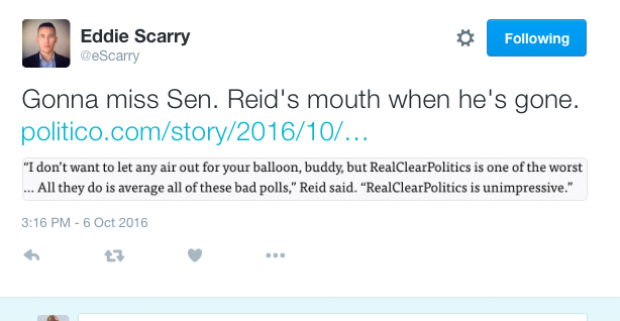 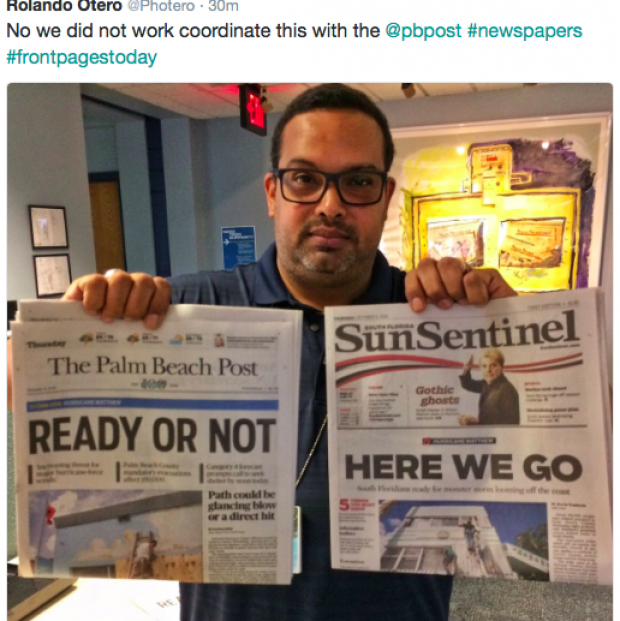 “I’m going to be in Hong Kong during Sunday’s presidential debate. How can I watch it there?” — NYT‘s Farhad Manjoo.

“My thoughts are prayers are with those in the path of #Matthew. Please stay safe and evacuate if told so.” — Washington Examiner‘s Ben Smith.