Kathleen Willey, who says former President Bill Clinton sexually assaulted her in the Oval Office in 1993, went after CNN Monday for simply announcing that it was about to deliver poll results.

Willey was a volunteer aide at the White House.

She was among Donald Trump‘s guests at the second presidential debate against Hillary Clinton. Trump also utilized her in a pre-debate press conference with Bill Clinton accusers intended to rattle Clinton. 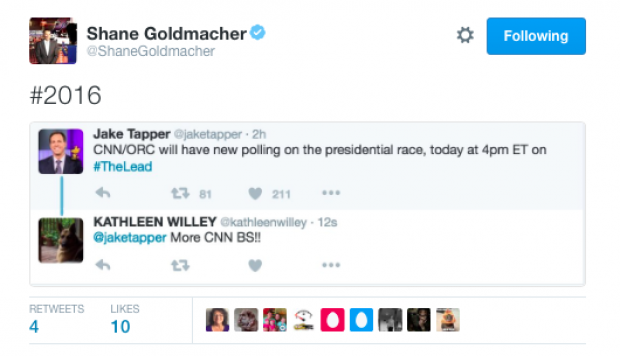 Tapper, not someone to back away from a Twitter argument, replied to Willey with a question: “Pardon me?”