Lady Gaga has said she is done wearing extreme outfits, but she still busted out a bizarre military-style jacket for the final Hillary Clinton rally.

On Monday night, the 30-year-old singer took the stage in Raleigh, N.C., wearing a black jacket with a diamond circle brooch on her chest complete with a red arm band and black skinny jeans. (RELATED: Lady Gaga Steps Out In Short Shorts And No Bra) 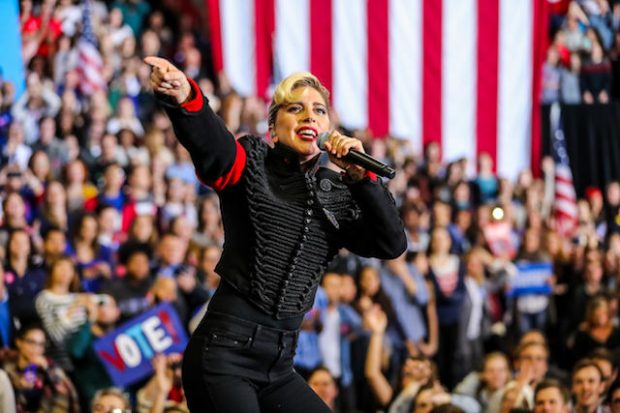 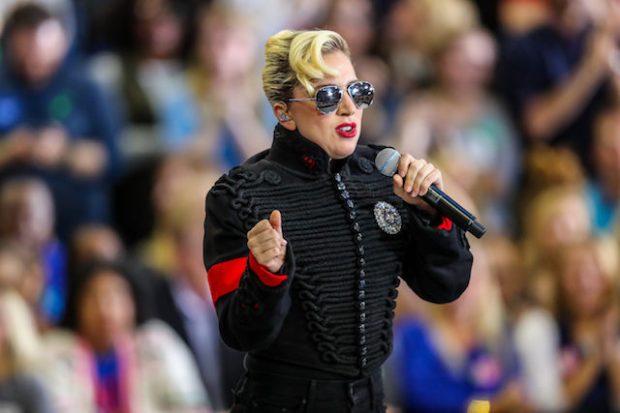 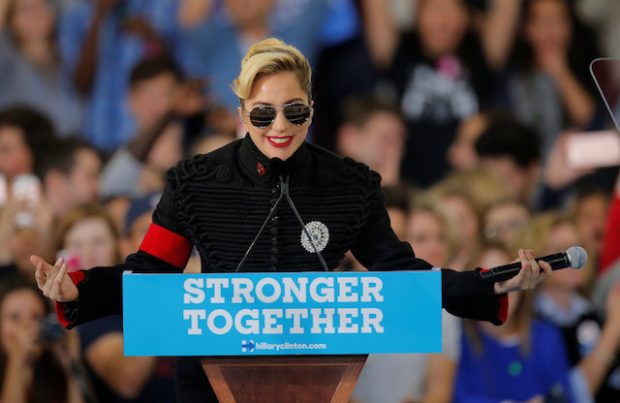 Speaking to the crowd, the singer at times got choked up. (RELATED: Lady Gaga Poses Topless For New Album [PHOTO])

“Sometimes I feel like I have been asleep and I could never have fathomed that I would experience in my lifetime that a woman would become president of the United States,” Gaga told the crowd. “What I am asking you is to be in this moment with us and fight for your future and the future of our children.”

“If we are true Americans then we must go from viewing his [Trump] followers as our adversaries to viewing them as our allies,” she added. “We are stronger together. And what I see in this remarkable woman is that she is ready to restore peace in this country.”

She sang a few songs including “Come to Mama” and “Bad Romance,” before being joined by Jon Bon Jovi to sing “Livin on a Prayer.” 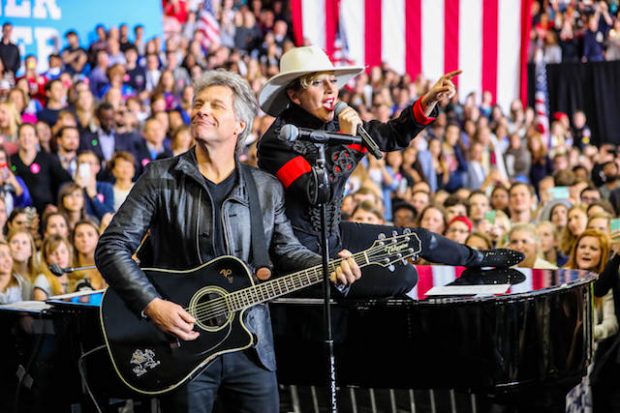 1
Here's A List Of The Rich And Famous Caught In Photos With Ghislaine Maxwell
US
2
'She's Got The Gun On Me': White Woman Pulls Pistol On Black Family In Viral Video
US
3
The Senate Accidentally Passed Bill To Stop Paying Dead People
Politics
4
Here's What This NBA Star Wants To Put On The Back Of His Jersey. It Might Surprise You
Sports
5
VICTOR DAVIS HANSON: Universities Sowing The Seeds Of Their Own Obsolescence
Opinion