“Maybe we should cover 2020 in a poll-free environment. Just kick it old school. Camping out in the states, relying only on shoe leather.”

The healing begins — even for journalists

“Just talked to my editor about touching base tomorrow and discussing reporting on the ‘reality we now live in.'” — Miranda Green, DecodeDC.

“Looking forward to having the results of the election explained to me by the people who wrongly predicted the outcome of the election.” — The Daily Beast‘s Olivia Nuzzi.

“Dear world, I am so embarrassed for my country. Please do not judge us too harshly for this.” — Lisa Bloom, NBC News legal analyst.

A warning for people on TV: Stop saying this

Journalist has advice on how to mentally handle Trump’s win

“Do not ask yourself how Trump won. Ask yourself how Clinton lost. And understand that Washington DC, as we know it, is finished.” — IJR‘s Benny Johnson.

“Would someone smack Juan Williams please? What is wrong with him.” — Chuck Woolery, activist, former host of Love Connection.

“I’ve been wrong about many things before, but never as wrong as in my judgment that Donald Trump could not win the presidency.” — NYT‘s John Harwood.

MSNBC’s Chris Hayes has a heart and a soul? 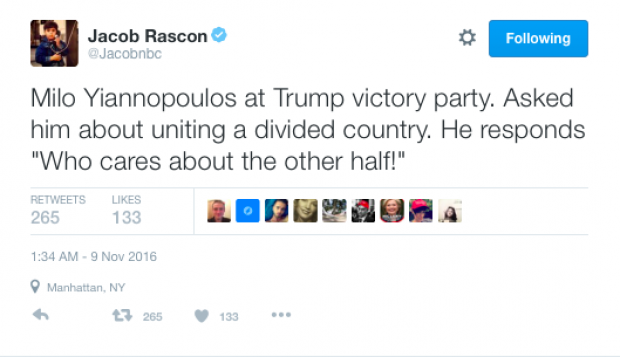 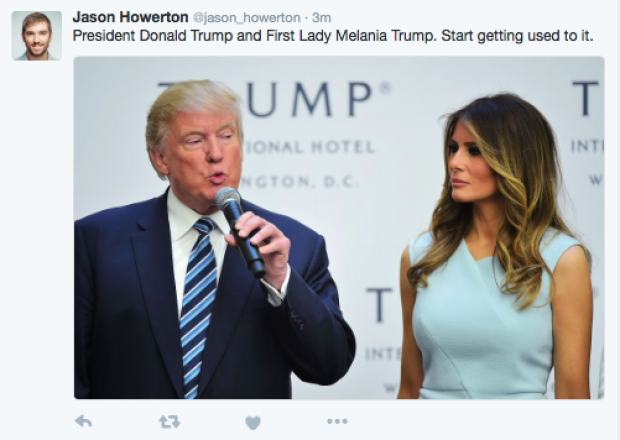 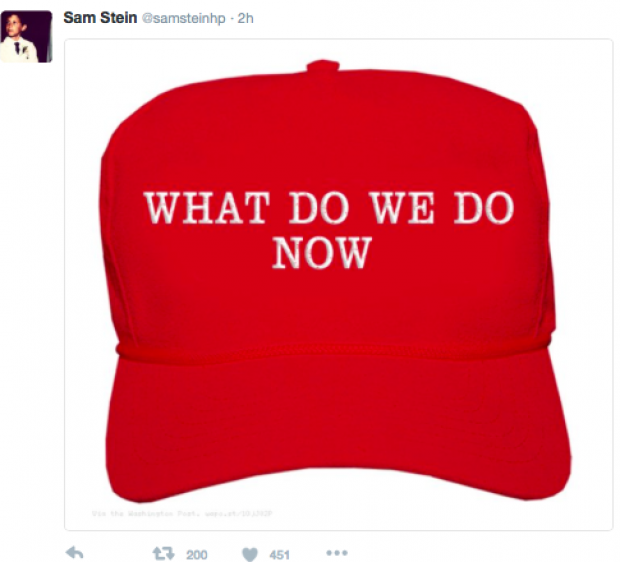 Journalist complains about no coffee at Trump’s election night party

The Darkness Sets In. Journos Start To Realize Hillary Will Lose

“I am thinking of Comey now, and of the editors who gave him saturation coverage ten days ago.” — James Fallows, The Atlantic.

“Thanks to a donation from the Oprah Winfrey Foundation, if everyone would kindly reach under ur chairs tonight you’ll find a vial of cyanide.” — BuzzFeed‘s Samir Mezrahi.

“The key sign of the seriousness of the situation: I **stopped** drinking about an hour ago.” — National Review Online‘s Jonah Goldberg.

“The American Nazis are out in force tonight. They must think history is on their side.” — Peter Beinart, contributing editor, The Atlantic.

But not everyone believed she’d lose, even while she was losing

“We have Comey to blame for the election being this close, but Clinton will eke out a win. Complacency was always a factor.” — Gabriel Arana, Mic News.

“I love Twitter, but it is an echo chamber. We all follow each other because we agree with each other. It doesn’t reflect the public’s views.” — Scott Bryan, TV editor, BuzzFeedUK.

“Scrubbing my blogging history before they come for me tomorrow morning.” — Jay Willis, GQ contributor.

“That it’s this close is shameful. That HRC had to run against this fucking joke of a man is horrific. #ElectionNight” — Jessica Valenti, Guardian.

And there was denial…

“Remember, Trump once hinted to NYC he might not take office if elected. So even if he wins, who knows.” — Shoshana Weissman, The Weekly Standard. 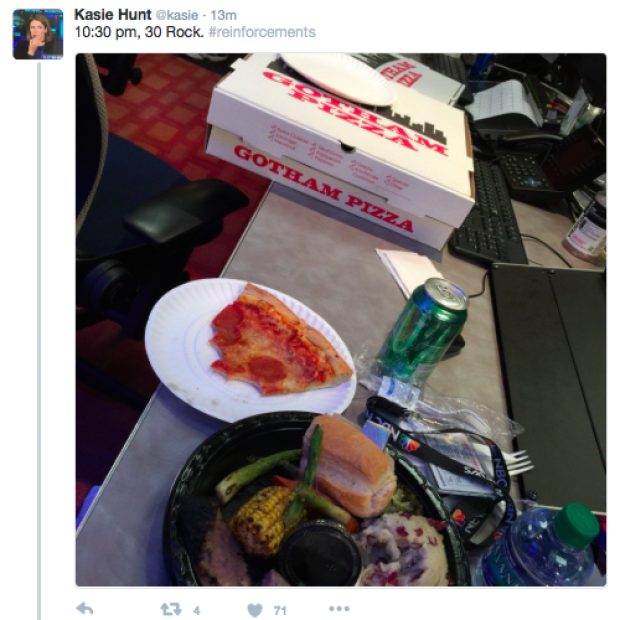 Note to readers: A quote that appeared to be by Clint Eastwood possibly came from a fake Twitter account, so I’ve removed it.