We are officially in Christmas gift season. How do I know? Because books make for an ideal Christmas gift. And a bunch of books came out today, November 15. (Including Ainsley Earnhardt’s and Bernie Sanders’). At least from my perspective, however, the book most likely to end up in stockings this December is Willie Robertson’s just-released “The American Fisherman.” The Duck Dynasty star’s work details the history of fishing in this country and the impact it has had on the development of the America in which we currently live. The hardcover version came out today, and the paperback comes out next week, on November 22. 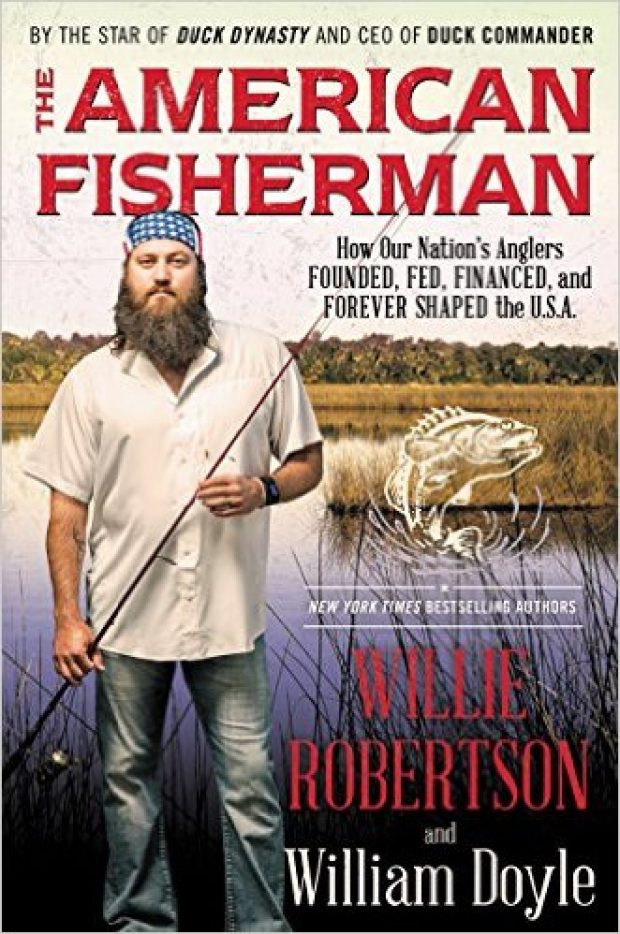 ‘The American Fisherman’ is subtitled ‘How Our Nation’s Anglers Founded, Fed, Financed, and Forever Shaped the U.S.A.’ (Photo via Amazon)

An essential book for everyone who loves casting a line into our nation’s waters, The American Fisherman, by outdoorsman Willie Robertson (CEO of Duck Commander and star of A&E’s Duck Dynasty) and bestselling historian William Doyle, reveals that in the U.S.A., fishing is far more than a pastime—it has shaped our past and defined our character in remarkable ways.

This generously illustrated celebration of fish, anglers, and our country’s treasured wild places traces fishing’s astonishing impact on the United States and its people, from its settlement and founding, to powering its economy and inspiring our creativity and faith. Blessed by perhaps the most diverse and abundant waters in the world, Native Americans were the continent’s first master anglers and incorporated fish into their spiritual beliefs and legends. When the Vikings, the earliest European visitors, arrived, they were drawn across the Atlantic Ocean by the bountiful fishing grounds of North America’s East Coast. During the colonial era, fish helped save the Pilgrims, make George Washington wealthy, and win the American Revolution. From New England cod to Pacific Northwest salmon to Gulf shrimp, the fishing industry has fed and financed centuries of Americans in every region of the country.

Throughout, Willie and Bill explore how fishing has made an enduring mark on our national identity and culture. The American Fisherman is also an ode to our nation’s extraordinary natural places: alpine trout streams in the Rocky Mountains, steelhead runs along the storm-tossed Alaskan coast, the azure waters off Key West where marlin roam, and the bayous of Louisiana where the Robertsons have instilled the love and lessons of fishing down through the generations, as so many other families have.

A spirited and unique look at the U.S.A. and its people, The American Fisherman will hook every sportsman from the first page and forever deepen their appreciation for the fishing life.

Unfortunately, in less than one day, Amazon has already sold out its copies of the book. (Told you this would be a popular gift!) But you can still place an order now and receive your copy well ahead of Christmas.