Melania Trump is threatening to sue after someone made a video suggesting Barron Trump has autism. 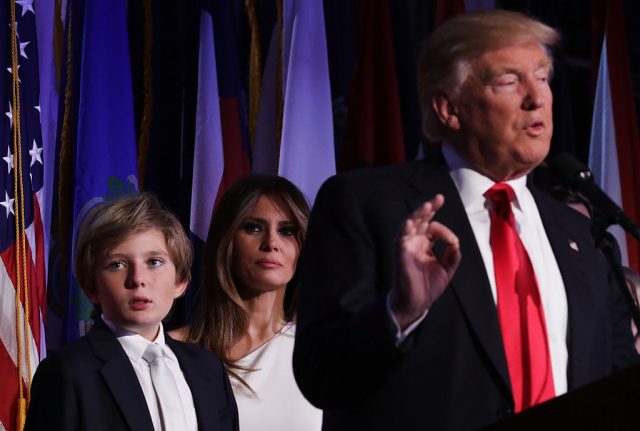 The video — titled “Is Barron Trump Autistic? #StopTheBullying” — was posted on YouTube in early November and lists several signs that Donald Trump’s 10-year-old son is autistic, including that he doesn’t clap properly, makes “strange movements in his seat,” and displays “antisocial behavior.”

The video, which Rosie O’Donnell tweeted out, has over three million views. (RELATED: Melania Trump Vouches For Her Husband’s Character While Introducing Him In North Carolina)

Melania has hired Charles J. Harder, who penned a legal letter demanding that the user who made the video delete it and issue an apology. Harder’s letter states that Barron is not autistic.

“Our sources say Melania is outraged and is serious about going after the person who posted the video if he doesn’t take it down,” TMZ reported Monday.

The YouTube user who made the video — James Hunter — told Gossip Cop he was “scared” after hearing about the lawsuit threat.

“The only reason I made the video is because I saw how much social media was bullying Barron Trump, and I wanted it to stop,” Hunter told the publication. “I’d be really sad if I’ve made the situation worse, but I never could’ve imagined that the video would get so much press.”

“I was just sending it privately to people who were bullying him to explain to them that Barron might be autistic, and that’s it isn’t OK to bully him for it, because I know what it’s like to be bullied for being autistic. But then Rosie O’Donnell shared it and it blew up.”

“I have a lot of respect for Melania Trump. I believe she’s a very smart and I’ll think she’ll be a great First Lady.”