Investors and entrepreneurs looking to exploit America’s marijuana craze have one major obstacle in their path: finding a way within the realms of legality to finance their operation.

Federal law labels marijuana a controlled substance. For businesses operating in the cannabis industry, this fact is incredibly important, as it means any money earned stemming from the production or sale of marijuana is federally illegal.

Banks open themselves up to government seizure by the Federal Deposit Insurance Corporation (FDIC) if they choose to do business with anyone in the cannabis industry. Under federal law, banks must disclose marijuana-related transactions as suspicious activity. For banks, this could mean bringing unwanted federal attention and regulatory scrutiny if they choose to service the cannabis industry. As a result, large banking institutions are refusing to touch cannabis. JP Morgan Chase & Co and Bank of America have made it company policy to not work with the marijuana industry. Chase says that, “as a federally regulated institution, we don’t process payments for businesses participating in federally prohibited activities.”

Some small independent banks, however, are open to getting involved. Following a 2014 directive from the Financial Crimes Enforcement Network (FinCEN), an arm of the Department of the Treasury, banks are allowed under law to service marijuana businesses as long as they comply with anti-money-laundering regulations.

Financial banker for Honest Marijuana Company in Steamboat Springs, Colo., Serge Chistov, says that “it is quite difficult to work within the banking and credit system.” He explains that while “some of the smaller banks are putting some money on the table and allowing banking arrangements for growers and retailor stores in Colorado,” these opportunities are scarce.

This creates a conundrum for those operating in the cannabis industry: either operate as a cash-only business or find inventive ways to get around the current legal obstacles in the financial sector. The vast majority of firms are choosing the former.

President of MMJ America, Dave Ross, tells The Daily Caller News Foundation that, “whether you’re selling cannabis or paperclips, a retailer is a retailer.” The cannabis industry has more players in 2016 than it did two years ago, and firms need to be competitive to survive. “But without banking, everything costs more money.”

Ross runs MMJ America, a firm that started as a medical marijuana facility but evolved with Colorado Marijuana laws to cater to recreational users. He runs eight very successful stores that can bring in “hundreds of thousands of dollars in cash” a month, and Ross has to find “something to do with all that cash.”

This money opens Ross, and others in the marijuana business, to risk of robbery. Since Colorado legalized cannabis, the Denver Police Department has logged over 200 burglaries at marijuana businesses. “I don’t want to need a security guard – that money could go to improving my grows or the customer experience,” Ross tells TheDCNF.

“It’s a cash economy, definitely difficult to deal with definitely unusual for any other business I’ve been involved in,” Chistov explains to TheDCNF. “There are a lot of difficulties attached to the cash environment: robberies, employee theft, etc. We are dealing with it simply because this is the nature of the business.” 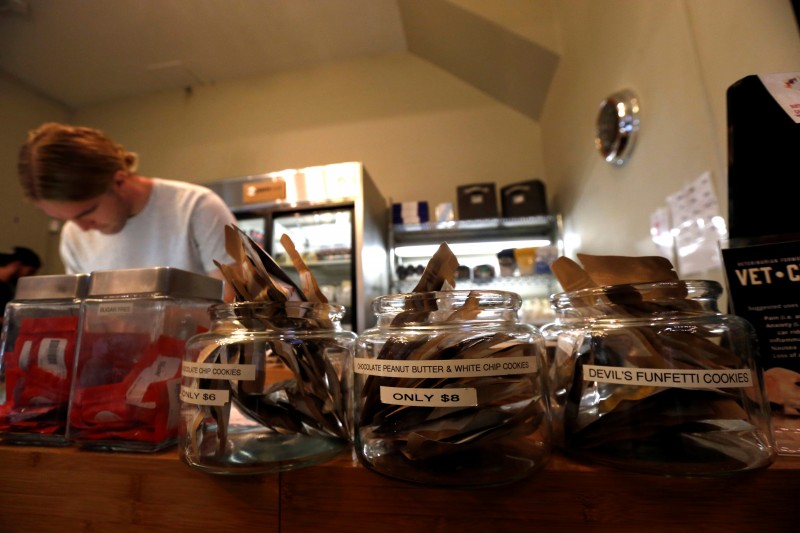 CEO of Baker Technologies, the leading customer engagement platform for dispensaries, Joel Milton, says the lack of available lending and credit institutions to his business cost him a great deal of time and money.

“We waste a lot of time waiting for checks in the mail or sending someone to pickup cash,” Milton tells TheDCNF. Firms are required by accounting practices to track all payments, including cash and cash equivalents, to keep their financial books in order, “all of that costs money.”

As Milton points out, businesses operating in the marijuana industry are, largely, unable to receive lines of credit. Firms alternatively “spend a lot of time trying to connect with brokers who can help get you a high-risk merchant service, but even if that works out, it comes with such a high processing fee.”

“It’s frustrating – you have business who want to pay you (in my case, for software) and they can’t use a credit card. Can you imagine if Intuit didn’t accept credit cards from people who wanted to buy QuickBooks? How many customers would they lose,” Milton says. 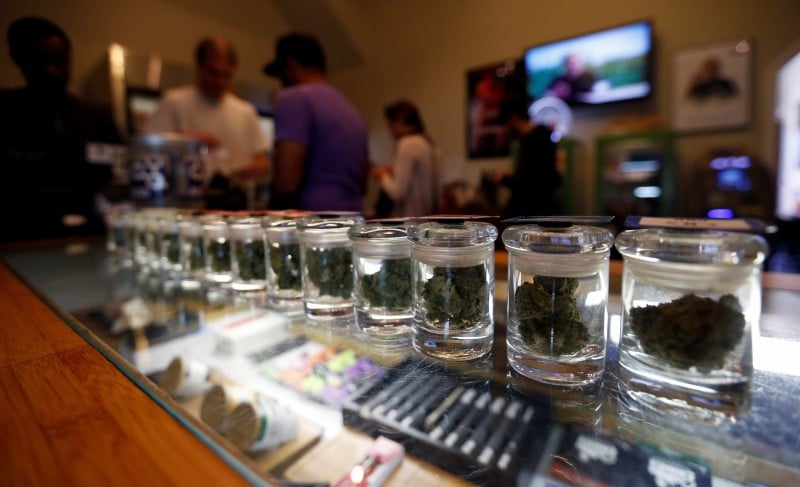 Even online retailers who sell marijuana products — like smoking devices and accessories — feel the burden of federal regulations. Billowby founder David Matthews says that for e-commerce businesses like his, “credit card processing can be life or death and you’re forced to operate on even slimmer margins than you’re already operating on.”

“Automatically you are at a disadvantage to other businesses because you have to take terms you normally wouldn’t take,” and these impositions on businesses are “forcing” some firms to “go overseas,” Mathews tells TheDCNF.

Chistov and Milton both say that despite the obstacles imposed by federal laws and to the marijuana industry, the train has “left the station.”

Even the recent cabinet appointments of Sen. Jeff Sessions as the head of the Department of Justice and Rep. Tom Price as the secretary for Health and Human Services by President-elect Donald Trump do not concern the two industry leaders. This is interesting, considering their shared hard-line stance on drugs, particularly marijuana. (RELATED: What Trump’s Cabinet Appointments Could Mean For The Future Of Marijuana In America)

At the end of the day, “Trump is a businessman. This is business. Colorado is going to get $140 million in tax revenue this year alone. That is $140 million out of the hands of the black market, criminals, cartels, etc. Its employing more people, creating more taxes, and reviving some auxiliary businesses,” Chistov tells TheDCNF.

On the financial side, Chistov thinks banks and credit institutions cannot hold out forever. He says that the industry is “slowly but surely gaining some traction as banks are figuring out how much money they are leaving on the table.”

The financier does not think the marijuana industry is different from any other industry in terms of financials. “We plan ahead. We run a tight ship in terms of cost management. We outsource things that are unnecessary for us to produce in the controlled facility,” Chistov tells TheDCNF. He also says Honest Marijuana Company tries to model its business practices off other similar industries.

Chistov admits that for someone like him, who comes from the corporate environment, “this is a very unique industry.” Since the marijuana industry is largely uncharted, “it makes it unpredictable, but more exciting. There is a lot of room to grow, something that more established industries do not have.”

If marijuana were legalized in all 50 states, “the industry could be as big if not bigger than wine—an industry that has $100 billion in sales per year,” Chistov explains.

The sentiment among those in the industry is fairly ubiquitous as far as what they prescribe for the next administration: legalize it. “The sentiment of the people I speak with on a daily basis is the train has left the station. There is overwhelming bipartisan support for legalization,” Milton explains.

“Legalize it. Legalize the banking. Look at this business like any other business, look at the aggregate involvement. Let people build out and expand. That would be an incredibly easy injection of much needed capital,” Chistov tells TheDCNF. “This is like a banking dream. We lend you the money after you have proven that you don’t need the money 100 percent. This is really what this industy is all about. It’s a cash rich industry with some well established firms that aren’t able to operate in the banking world.”