Sean Spicer wants to know why the Democratic National Committee isn’t taking any of the blame for the hackings. 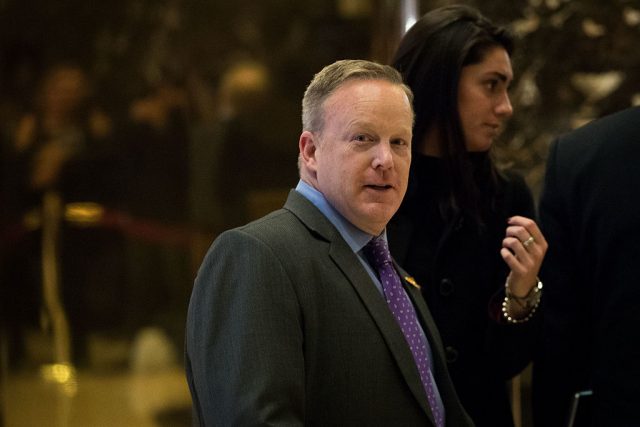 The incoming White House press secretary questioned if the Democrats took the necessary precautions to protect their data from potential hackers in the first place during an interview with Jake Tapper on CNN Thursday.

“To be clear, any attempt to hack or to do anything nefarious is wrong and illegal,” Spicer said. “But at some point — the question hasn’t even been asked of the DNC — did you take basic measures to protect the data that was on there? Where’s the responsibility of them to protect their systems?”

Sean Spicer asks if the DNC took “basic measures to protect the data” on their servers from hacking https://t.co/gOhkl7t9sW

“No one wrote those emails, no one put a private server on there and no one seems to have done the due diligence at the DNC to protect their own systems.”

[dcquiz] “We need to have the intelligence community come forward publicly and on the record and make it clear exactly how this happened and who was responsible for it,” he continued.

“But right now, we continue to get unsourced media accounts for what the activity is. And I think that’s not acceptable. (RELATED: Sean Spicer: Donald Trump Isn’t Afraid Of Anyone — Including The Media)