Barack Obama was asked what he thinks about the 60 Democratic lawmakers who are threatening to boycott Donald Trump’s inauguration because they don’t see him as a “legitimate president.” 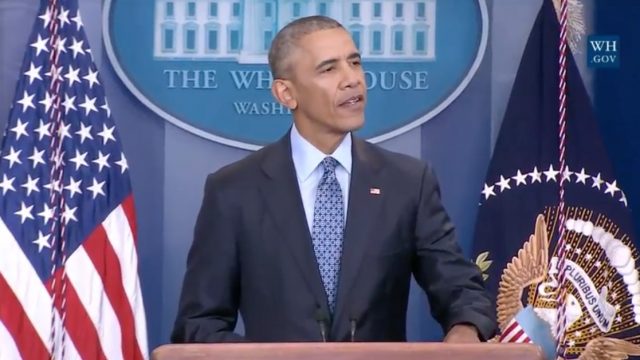 The president, who said he has had “lengthy, cordial” conversations with Trump, revealed the advice he has given the president-elect during his last press conference Wednesday.

“It’s appropriate for him to go forward with his vision and his values,” Obama said. “I think a lot of his views are going to be shaped by his advisers which is why it’s important to pay attention to the confirmation hearings. This is something I have told him. ‘This is a job of such magnitude that you can’t do it by yourself. You are enormously reliant on a team.'”

“If you find yourself isolated because the process breaks down, or you’re only hearing from people who agree with you, that’s when you start making mistakes,” he continued.

“As I indicated, reality has a way of biting back if you’re not paying attention to it. With respect to the inauguration, I’m not going to comment on this issues. All I know is that I’m going to be there and so is Michelle.”

President Obama describes conversations with Trump as “cordial,” adding, “I have offered my best advice” https://t.co/dUB4ipwoDD