Barack Obama has left the building.

The former president and first lady Michelle Obama boarded a helicopter shortly after Donald Trump was inaugurated Friday and headed for Andrews Air Force Base.

Once there, they will board the plane previously referred to as Air Force One and travel to Palm Springs, California for some downtime after eight years in the White House. 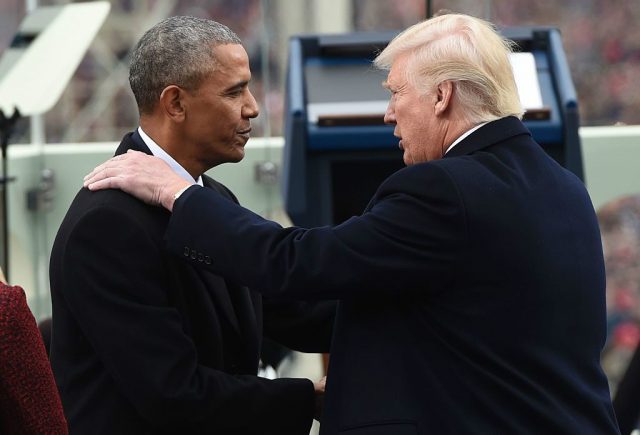